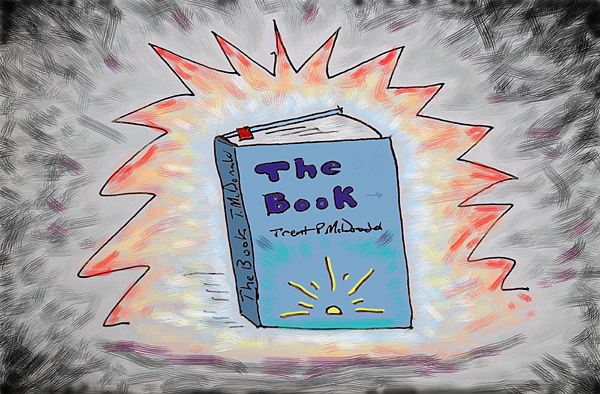 It was late in the afternoon on the last day of August.  I was hunched over my desk, fingers flying furiously over the keyboard, beads of sweat on my forehead.  I know, that’s an awful cliché, but it was a warm day.   Anyway, after a while my fingers slowed down and then stopped.  For a moment the world came to a standstill.  I pushed my chair away from the computer and stared at the glowing screen.  Reaction began to kick in.  I had done it!  I was the fifty seven million, nine hundred sixty three thousand, four hundred and twelfth person to finish a book in the year 2013!  Well, give or take a couple of dozen.  Seriously, there’s a huge sense of accomplishment on finishing your first book.

On second thought, “finish” is too strong of a word.  I still had (and have) my work cut out for me.  After a couple of weeks resting on my laurels I broke down and did a second revision, increasing the size by almost a third.  I sent the second draft to a few beta-readers and created another draft using their feedback as a guide.   Now, a couple of months after completing the third draft, I just brought out “the book” again to fine tune it.

I know, a lot of you out there are nodding your head saying, “It’s about time you fessed up.”   Just about every blog of a literary bent out there has a book someplace behind it, written or unwritten.  And why not?  A blog is a great way to practice one’s craft, sharpen your skills and work on your brand.  It’s a great thing for an aspiring author.  It’s also a place I can use fragments like “And why not?” and not have to worry about an editor’s ruler smacking my fingers, but that’s another story that will wait for another post.

I do want to say, for the record, that this blog is not just about “the book”.  If you read my very first post you know I have been toying with the idea of starting a blog for years.  Decades even.  “The book” forced my hand.  I needed a blog.  But, despite “the book” I have ideas of where I want to take this blog and marketing “the book” is a very miniscule part of that idea.

Obviously I’ve not stuck to just writing about writing on a number of my posts.  Like, what does a review of a kayak have to do with writing a book?  My book is more about Celtic mythology than exploring tidal streams in a kayak.  There are no swans, though I guess you could call the antagonists an “invasive species”.  Since I’m talking about the people and not the basketball team you can’t even say that like the swan the greatest character in Celtic mythology is a Bird.

I use the title “Trent’s World Blog” for a reason.  This blog is about the world that lies between my ears.  My book is a part of this world.  So are music and photography.  Creativity in general is an even bigger part.  But there are the arts, travel, history, science, technology and, yes, there is kayaking.  I have to admit that I’ve been using the name “Trent’s World” for a web page since the late 1990s and decided to keep it.

You will, of course, hear about “the book” from time to time but it will be far from the focus of my blog.  What will the focus be?  Well, I think I summed it up quite well in my post “Yes, Another “What I Want from My Blog in 2014” Post”.

Time to get back to editing my book, “the book”.  It’s a little colder now and any sweat would soon freeze, but I will again be pounding furiously at the keys.  I just wanted to warn you in case I happen to mention, “Well, in my book I did this…”