Last December I wrote a story about a hiker caught by a blizzard at the top of a New Hampshire mountain. I wanted an illustration. I was away from home and didn’t have any resources beyond a bland version of Windows paint. I spent a few minutes to make a quick B&W computer sketch and put it up. 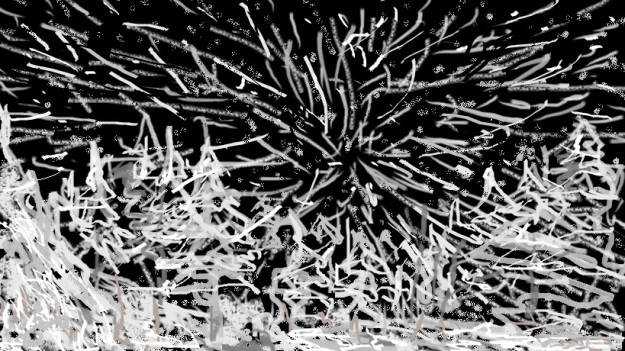 I had been pretty involved in the visual arts years ago but was very out of practice. Still, it was fun to give it a try. I started to make little drawings for my posts and often “colorized” them on the computer. 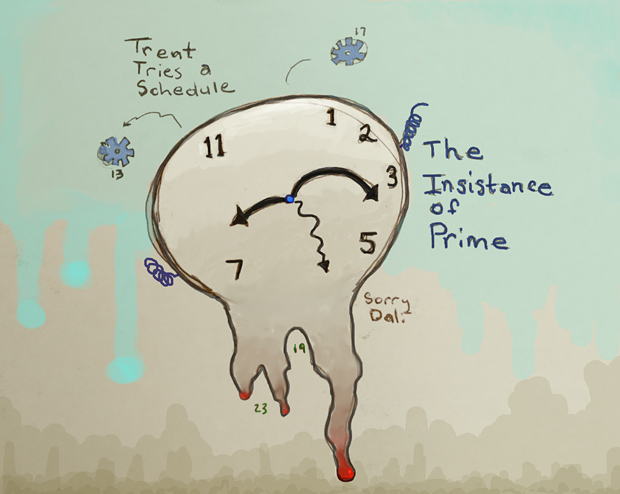 I did use a few older drawings and paintings, but usually I made changes. For instance I took a painting of an apple that was painted in “renaissance style” with an under painting and glazed color. I then added “Frank’s” hand reaching for the apple. 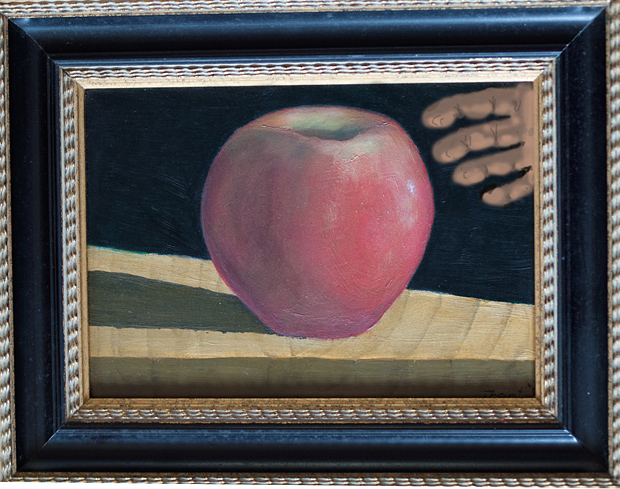 Another time I took an old self portrait and ‘un-painted’ half of it. 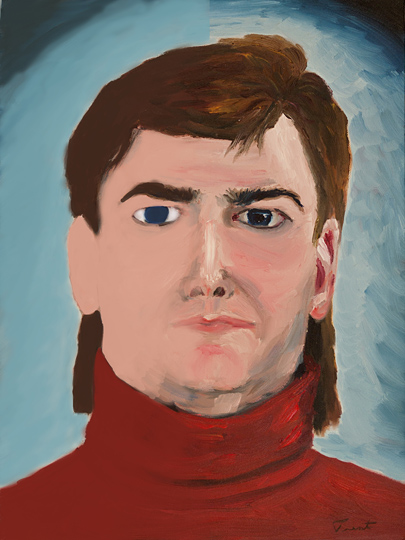 For the most part, though, I started with a new drawing, usually drawn and colorized the same day I posted them. 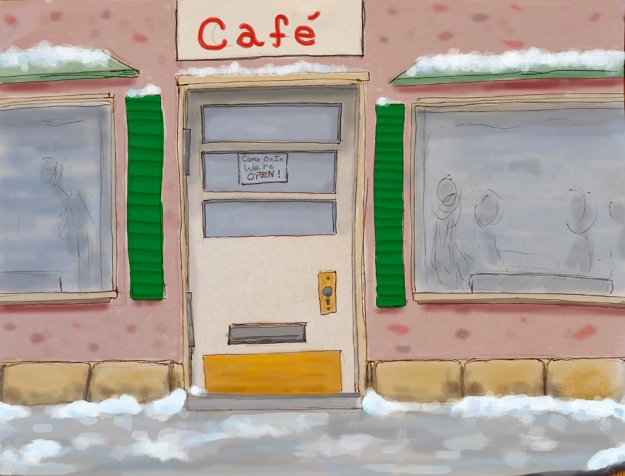 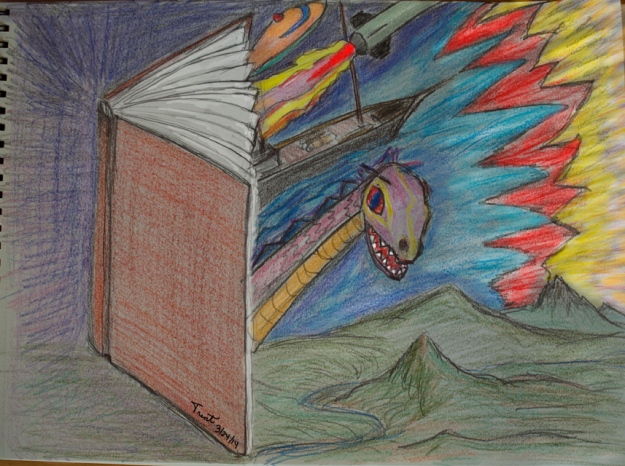 Other times, like that first drawing, I did the whole thing on the computer. 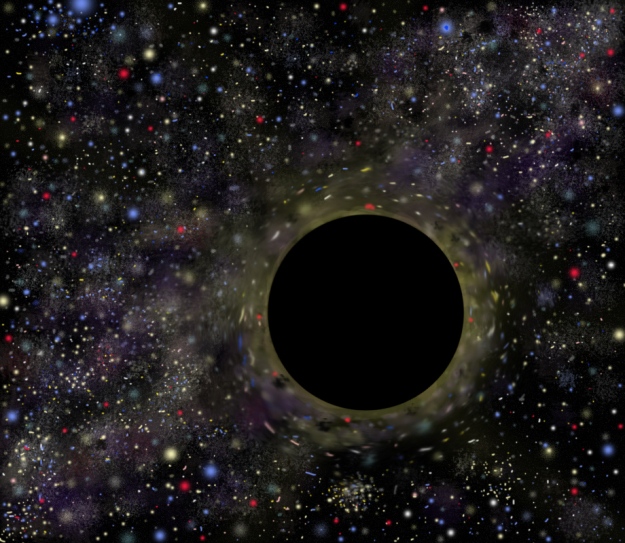 Perhaps the best moment artistically so far on Trent’s World (the Blog) is the six panel illustrated story, The Magic Wand. Click here for the B&W version and here to see the colorized version. 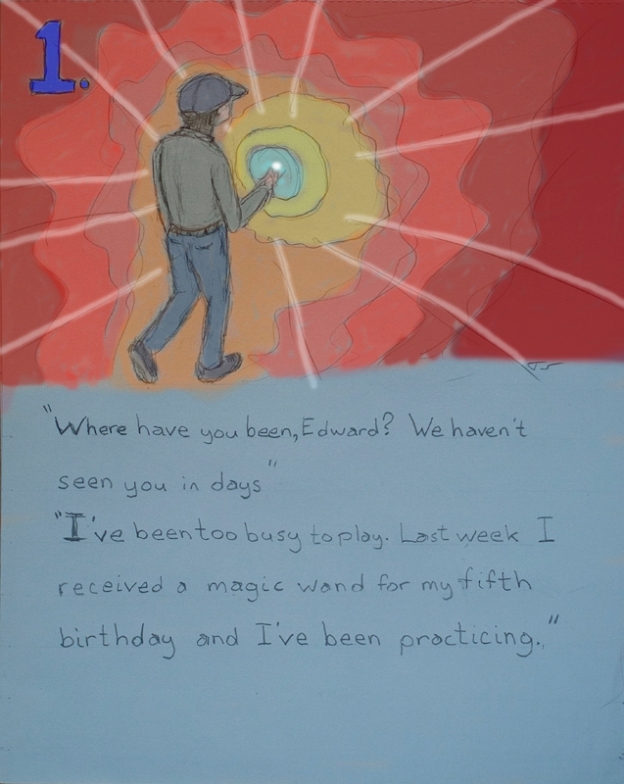 Below are a few of my favorite drawings that I made for Trent’s World (the Blog). I hope you enjoy! 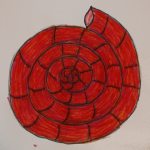 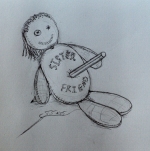 A Face in a Flash