Albert’s cold.  And can you blame him?  Albert is from Kuwait so isn’t used to sub-zero F (-20C) temperatures.  With this bitter cold Albert has been sleeping pushed up against me pretty close.

Now before you start thinking I’ve been hiding something from you, I need to tell you that Albert’s one of my cats.  You may have met him on this post.  The other cat, Josie, will cuddle up to me for a short time in the middle of the night, but will soon leave.  If Albert sees her he’ll chase her off.

Albert is one of the most affectionate cats I’ve seen.  When we first got him he was down right needy.  He had to be around people at all times and wanted to be touched.  He has calmed down considerably over the years, but he is still very affectionate.

The last couple of nights Albert has crawled under the covers to be as close as possible.

I took these pictures in mid-December but really haven’t had time to look at them until now.  Click the pictures for a closer look at this beautiful cat. 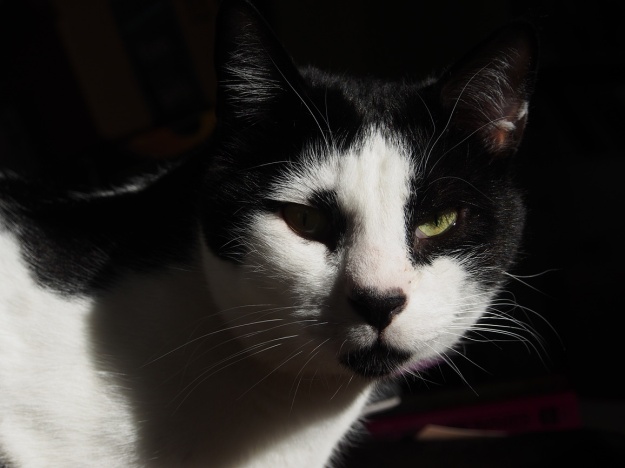