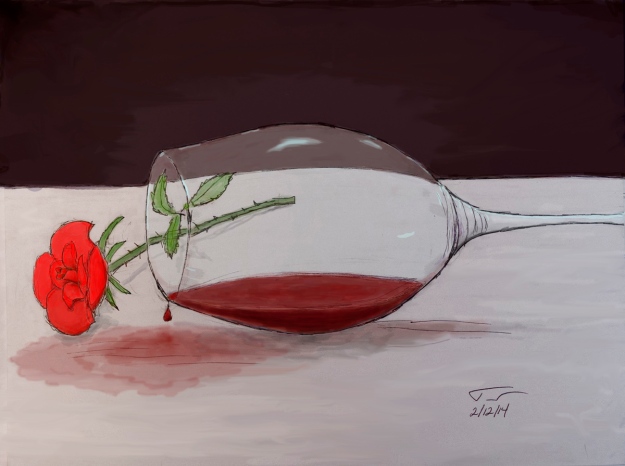 The summer before my senior year of high school was very interesting.  Besides the typical summer stuff I usually did and my group of friends I hung out with, I sometimes did things with my sister and her friends.  This was a small group of 21 year olds who were all back in town for the summer or who still lived in town.  Of course 21 is and was the legal age for alcohol, so some of their activities included going out to clubs, mostly in some of the larger towns.

One quiet  late June or early July evening they decided to stay local and hit the bars in town.  There wasn’t much of choice and of the few available they didn’t want to hit the seedier ones.  Well, I guess “seedy” is a matter of opinion.

For some reason that I don’t recall after all of these years, they decided to bring me along.  Back then 18 year olds could drink “Three Two” beer, a weak beer with a 3.2% (or less) alcohol content.  So technically an 18 year old could go to the bars.  But I wasn’t 18.

It was a pretty exciting night out on the town for me.  I had hit one or two clubs before, but not often and only ones on college campuses , not the local hole-in-the-walls.  Well, now that I think about it, I remember sitting in a few of the local bars during the day with older friends and family members, but this was different.  This was clubbing it, even if small scale. I’d never really done that.

To make life easier for everyone involved, I only ordered soft-drinks, typically Coke, Pepsi or ginger ale, and did not cheat by sneaking sips from my companions drinks.  I didn’t want anyone to get in trouble or do jail time.  They have pretty strict laws, though some people turned a blind eye to them.  So the joke of the night was, “I’ll have a double Pepsi, on the rocks.  Straight up.  Yeah, I can handle it.”

Actually, the first half of the night was totally uneventful.  I don’t even remember it.  But then, at some late hour we decided to hit a dive I didn’t even previously know existed.  I think the name was “Maude Eltons'”, but I could be wrong (and don’t sue me if it’s your place! ;) ).  It was frequented by an older crowd.  As a 16 or 17 year old anything over 30 was “old”, but I think the people there were in the 60s or 70s, though at the time I thought 80s or 90s.

Before we went in, one of my sister’s friends said, “Remember the last time we were here?  Some old guy was trying to pick me up.  He was hitting on me pretty hard and it was very embarrassing.  Hey Trent, if someone starts hitting on me, can you be my boyfriend for the night?”  Sure, why not?  A deal was made.  If anyone hit on any of the ladies, I would be their boyfriend.  In fact, we were thinking of getting engaged.

So we came in to a nice greeting and a lot of smiles.  My sister sat at the very end so nobody could be by her and I sat at the other end, between my sister’s friend Sue and the other customers.  Of course for a while we were the talk of the bar.  “Look at them!  They are all so beautiful!  So young and healthy….” Stuff  like that.  But then it quieted down and people returned to their own conversation.

We were sitting, joking amongst ourselves and sipping our double Pepsi’s (on the rocks!) when I noticed the woman next to me talking louder than she had been.  In my youth I placed her age just shy of Methuselah, though perhaps late 60s or early 70s would be a best guess, looking at it in hindsight.  She had on bright pink hot pants.  If you don’t know “hot pants”, they are shorter than short-shorts.  Saying “shorts” implies that there are legs on the pants, even if cut of to some minuscule length.  Hot pants have no pant-legs.  They are very tight (I assume nothing is worn under them) and cover the bare minimum to keep the wearer from being arrested.  She was talking ex-husband, boyfriends or something along those lines.

But then, loudly and clearly she said, “Right now I am looking for someone a bit younger.”

I half turned and noticed she was smiling at me, a burning, sultry smile.  I imagined Ms. Pink-hotpants’ smile was similar to what a mouse might see right before the cat pounces.  Everyone else in the bar was watching, smiles on their faces, nodding as if my fate was a foregone conclusion.

Before I could go into panic mode, I felt an arm around my shoulder.

“So honey,” Sue stage whispered in my ear, loud enough for the people around us to hear, “when we leave here and drop these deadbeats back off at home, what did you want to do?  I have the house to myself tonight, hint, hint.”

Her look was even  more sultry than Ms. Pink-hotpants’ look.  In fact, I’d call it downright smoldering.

With surprising calmness I said, “Your place sounds great.  We could, uhm, play Monopoly or something.  Yeah, or something!  Let’s go after we finish our drinks and ditch these guys.”

Most of the eyes turned away.  Ms. Pink-hotpants looked disappointed.  Sue and I kept our arms around each.  Our free hands found each other and we held hands, occasionally letting go to sip our drinks.  A few minutes later we finished and we all left.

Back in the woods behind my parent’s house we lit a little campfire and had a ceremony.  I was married to Sue that night by the powers invested in a couple of very young ladies who may have had a little too much to drink.

My marriage to Sue became the running joke for the rest of the summer.  Whenever she was over she sat by me and we sometimes held hands.  She flirted with me and we made a lot of “married” jokes.  Of course the marriage was never consummated, not even with a kiss, much to the chagrin of my 16 (or 17) year old self ;)  But it was still a lot of fun.

So that is how I spent the summer before my senior year in high school as part of a married couple.

Just one of those weird, random things about my past that came up recently.  I hope you enjoyed reading about it!