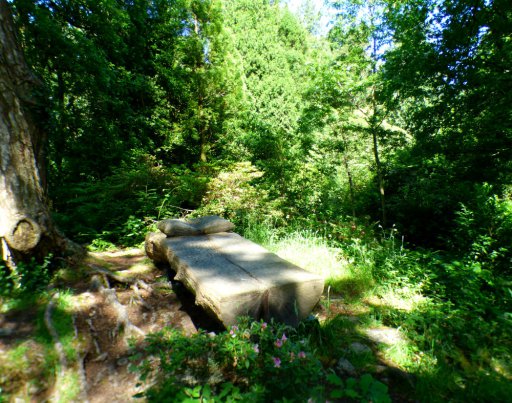 Note – this is part three of the story, Towards the Light.  Click here for previous. Go to the Table of Contents. Or start at the beginning: (click here for part 1 – The Tunnel)

I was sitting in the corner of the little prison waiting for the kids, my mind racing but getting nowhere, when I heard a cough.  I looked over and saw the old magician studying me.

“What do you know about the human-dwarf wars?” he asked.

“Dwarves are fiction,” I said.  I’m afraid I was a little irritable at the time.

He laughed.  “So those people who took you prisoner are fictional?  No, they are real and have been around even longer than humans.  Humans have known about them and call them many different names, some not so nice.  There are elves, leprechauns, wee people, gnomes, fairies, oh, a thousand more names, but they are all the same.  Different people see them different.  These particular folks, the ones holding us, just happen to be bearded, so you call them dwarfs or dwarves.”

I thought about it for a minute.  “If they’ve been around so long, why are they unknown to science?”

“You know, why are there no remains, no bones, no fossils, no evidence that they exist?”

“No, it is the opposite.  It finds logical, natural explanations for everything, including the illogical.”

“There’s your problem!  There is no logic to magic.  And these creatures, the dwarfs, they are magical in every way.  If they so wanted, they could make their bones look like the bones of birds, or like sticks or like sand or melt into the air.  If you are using nature, logic and observation to make sense of this world, well, good luck with the dwarfs!”

“So they hide their existence from us?”

“Ah, the king dwarf mentioned that.  What is it?”

“Now we’re back to the human-dwarf wars.”  The ancient wizard sighed.  “I have no idea where to begin.  I can’t think of any point of reference that you might know.  Hmm.  I guess the main thing that you should know is that the wars were disastrous for everyone involved.  Initially the dwarfs thought they could help humans.  But then you went in such a different direction, they realized you were incompatible.  Between each round, your two civilizations would both grow and be prosperous, but then it would crash down during the battles leaving you both in a deep dark age.  The last great human civilization was… ah, I can remember it well.  Such splendor!  But, another war and it was gone.”

“But the ruins!  The artifacts!  There is no evidence what so ever….”

“Tsk, tsk.  Don’t you remember what I said about magic?”

“Anyway, both of your peoples were at the point of extinction when us wizards decided to put an end to it.  But we had to be crafty.”  He winked.  “One thing you have to understand before we go farther is that back then there wasn’t the size difference.  That came about by treaty.”

“How did a size difference…?”

“So what we did was make a human and a, well, I hate to say ‘dwarf’, since that implies size, so I’ll use ‘a magical folk’.  Yeah, that’s right.  We made a human and a magical folk fall in love.  It is still remembered as a shadow in your species.  So the magical woman made a special place for the lovers to live and the human man used his tools and skills to give it shape.  You see, when they acted together they were the perfect team.”

“The two great armies massed on the boarders of the place out of space that they had created.  It was to be the final battleground.  A magical folk said a spell to make their enclave return to the normal world.  Both sides rushed in.  They found the couple on a bed created from a single massive tree trunk.  The man had lovingly carved it for his bride and she had used her magic to make it the most comfortable bed in existence.  But the lovers were dying.  They had taken poison.”

“O happy dagger!  This is thy sheath!”

“Are you sure you’re following the story?”

“Sorry. I was just thinking of some star-crossed lovers.  Go ahead.”

“Before she died, the woman said, ‘we would be better off dead together than alive apart.’  For some odd reason, don’t ask me why, but the elders of both side saw a twisted logic in this.  If they stayed together, they would be dead.  If they were apart, both species could live and be happy.”

“Separate but equal didn’t work for us.  Those who held power…”

“Please let me finish my story.  Drat, OK, to answer, you are one people who need to look past little cosmetic differences.  As far as you and the dwarfs, you seem to be incompatible.  Of course that is wrong, but you both have to grow before you can mix freely again.  It is this, what did you call it?  Science?  It is this science against magic thing.  You are creatures of the Earth, they are creatures of the Aether.”

“More like Lithium and water.  Anyway, back to the story.  The elders of both races held a great council.  They created rules and made a treaty.  The used the date of the latest version of civilization, the one they had just destroyed, to name the treaty.  Both sides agreed.  And so there was peace at last.”

“But as I said, you two do need to be together.  You may be opposites in many ways, but in reality, you need each other to be whole.  For after millennia, us wizards discovered that the lovers were right, that it would have been better for you to die together than to live apart.  I was on my way to start negotiations when I was captured.”

“No, it will only start a war if it is done incorrectly.  Now think about your world.  Is there peace?  Are a people happy?  Is everyone completely selfless, all greed and corruption gone?  It is the same here.  Different factions are fighting.  Both sides need to work together, to make that bed out of a single tree trunk, to see that what each has isn’t truly incompatible, but is just the opposite of the same thing and both sides are needed for equilibrium.”

“But that seems unlikely.  I know humans, and it won’t be easy.”

“Of course it won’t be easy.  But that’s what we are here for.  By ‘we’ I mean the magicians.  We are here to guide you.  We are here to make peace.  We tried, and thought that by the treaty we were successful.  But we have discovered our first impulse, bringing the two sides together as lovers, was the only way.  You need to work together, use your skills to create a new world.  Together.

“And there will be peace?”

“There will be peace, or both species will cease to exist, creating a darker peace.”

“They are calling a council of magicians together.  We are scattered to the four winds, but we need to join.  You and your family are the catalyst.  We must react and bring it about or we’ve all failed.  You know, if it goes wrong, this could be the end of humanity.”

I leaned back and thought about my kids and my world.  I hoped they were safe.  Both kids and world.

Is peace about to come smashing down, or can a deeper peace be achieved?  Will the kids make it back to the cave in time or will the dwarves (or dwarfs) discover their absence and start a new war? Stay tune for our next exciting episode – same blog channel, same blog time!