In the shadowy area where myth and history collide…

If you have been following along, you know that Elliot thinks that the cauldron that his brother, the noted archeologist William, has dug up is the Cauldron of Resurrection from Celtic myth and is used to make the dreaded fireborn.  I also stated that the fireborn are almost impossible to stop, but Elliot thinks he has the key.  And what can stop the unstoppable?

Some have called it “Caledfwlch”.  Any ideas yet?

When the fireborn started to spread through Europe, causing what some call the Celtic expansion, a relative of the cauldron master created a special sword made from the metal mined from a fallen star.  This sword, The Sword, can kill fireborn.

The sword was handed down through the generations as the wielders slowly rid Europe of the fireborn and the Cauldron Master escaped to Britain.  The sword followed, but it was too late, the cauldron had dropped from sight and history.  The mysterious lady who had called for the creation of the sword, appeared and asked for it.  She then disappeared into a lake.

Or so Elliot claimed.

If the fireborn have returned in the modern era, how can Arthur’s sword be found?  Will the Lady just come out of some Lake or pond and handed it to someone?  Who?  So is the best strategy to loiter around bodies of water hoping for a sword?

Don’t worry, I have pretty much only gotten through the first two chapters and haven’t really revealed anything.  You’ll have to read the book to find out more.  Like, why is Elliot’s ex, Eleanor, bothering him?  Is something wrong with William?  If a zombie falls in the woods and nobody is around to fear, does it… oh, never mind.  Just read the book ;) 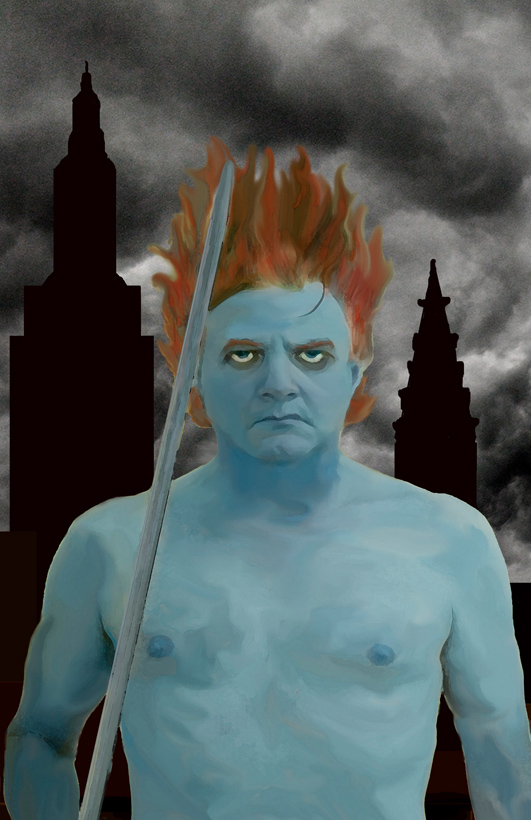 And when can you buy it?  Mark your calendars!  I am setting the release date for August 21!  I will provide a link for pre-ordering the Kindle version soon!  And, of course, the cover reveal is just around the corner!

For now, if you want to know more, please visit The Fireborn page on my blog.

7 thoughts on “The Sword – The Fireborn”