Albert, Grace and Josephine, come here and let me tell you a story!  Well, I won’t spend too much time with this story, but I do want to make sure that you get a bit of time in the spot light.  Yes, I know, the two canines who shall not be named in this post monopolize the four-leg time on my blog…  OK, Albert, I know, you are a three-leg, but you have had a few posts about just you! (There were more than just those two…)

Once upon a time there were two cats, 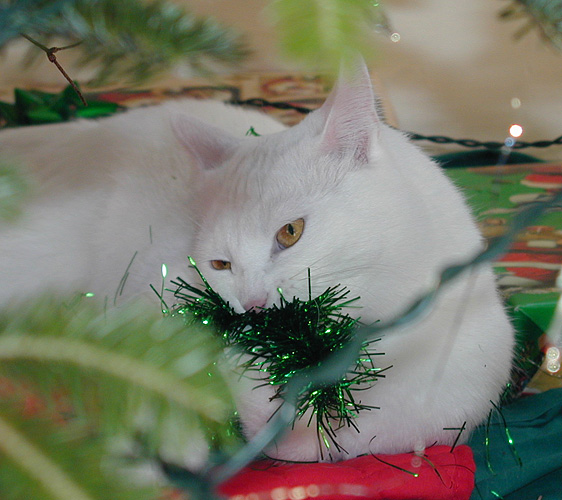 Yes, Albert and Josie, I know you both met Bartelby.  He was pretty old back then and mostly hung out.  I know Josie, you liked him a lot.  He was your first friend in this house, wasn’t he?  But he was old then.  Not ancient for a cat, but very old and relatively sedentary.  You may not know that he was an athlete in his youth.  The most athletic cat I’ve seen.  You’ve heard the story of him stuck on a curtain rod, don’t you?  And how about somehow getting above the cupboards?  I even made a painting based on that indecent.

Claudius tried to keep up with Bartelby.  What he lacked in the pure athletic ability he made up for in curiosity and playfulness.  I used to wonder how the multi-track recorder in my studio used to get turned on until the time I caught Claudius playing with it.  I used that recorder to make a song about Claudius.

He had long, white fur.  I think he was an Angora, but he came from the same shelter where we picked up Albert.  He had 6-toes on each paw and I think the breeder dropped him off at a very young age.

Christmas was their favorite time of the year.  For, you see, there was a tree in the house.  And trees had decorations.

Bartelby would hide and wait his chance.  When he felt he had an element of surprise, he would run and jump up at one of those evil bulbs.  He would cross his paws around the top so that his weight and momentum would rip it out of the tree, no matter ho well fastened it was.  Of course, since most of those evil things were made of glass, they would shatter when he hit the ground.  We got cloth bulbs for the lower half of the tree, but that just made him jump higher to reach them.

Claudius took a more practical approach.  He would climb up into the tree to knock ornaments down.  Not very far, but far enough.  Garland was also a favorite, as were lights.  No light was safe!

One year we hosted several people from the American Stage Festival.  We had hosted others when they were still in Milford.  These people were all in a musical production of It’s a Wonderful Life and so were here up until two days before Christmas.

These people loved the cats.

One would stay up half of the night playing with Claudius.  Claudius was in kitty heaven!  He loved to play and play and play, and this guy was happy to help.

The day they left, they presented us with two ornaments.  They were ceramic cats that looked a lot like Claudius and Bartelby.

Of course the originals are no longer with us, but they still grace our tree every year, up at the top where angels belong.  Kitty Angels, back on their favorite toy of all time, the Christmas tree.

So that is the story how Bartelby and Claudius wound up on our tree.

What stories will we tell about the three of you?  Only time will tell, 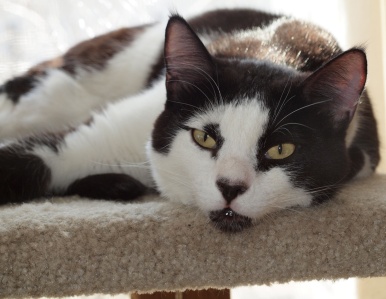 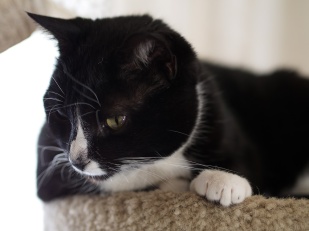 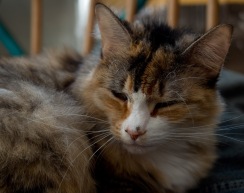 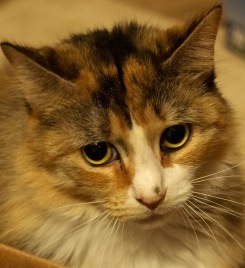 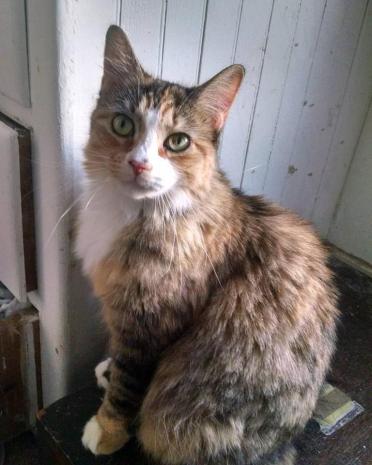 17 thoughts on “The Angels in the Tree”