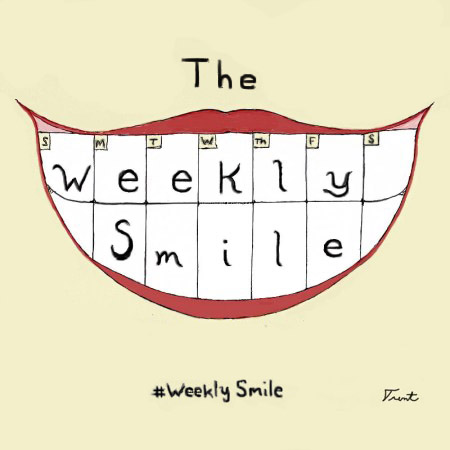 It is time for this week’s smile!  I’m going to talk about two things today.  The first is that I was influenced by Piglet in Portugal’s smile from a few weeks ago and after a small, wet snowfall decided to build a little snow-person: 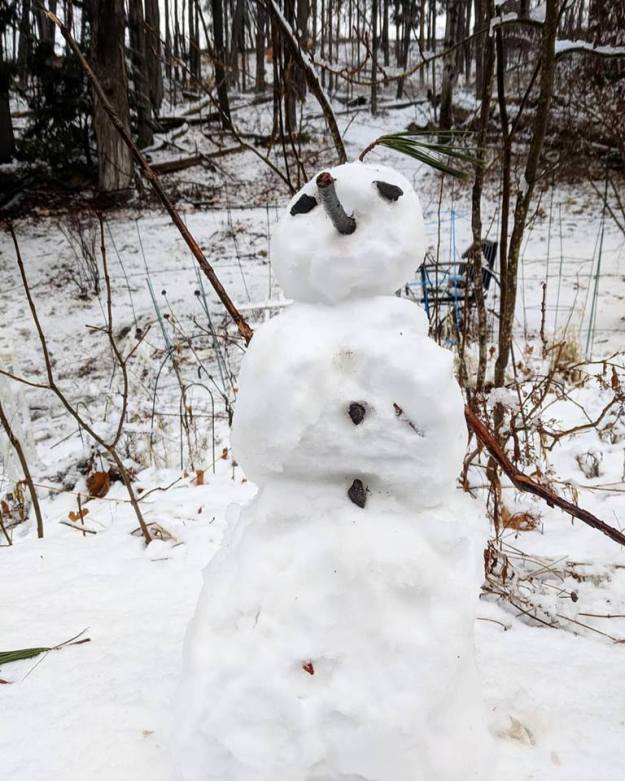 Not great, but it was fun.  I haven’t built one in ages.  I don’t even remember if I have done one since I was a child.  It didn’t last long, but that doesn’t matter.

Another smile was a post in a music forum I follow.  Someone posted that a small poor church next to his work place had been broken in to with the burglar stealing the PA system and keyboard.  So this person donated a small PA, worked with a local locksmith to make the place secure and was asking donations for a new keyboard.  People were coming out of the woodwork to volunteer.

Several people on this thread went into rants about how awful the world is.  Everyone is a thief, stealing from poor churches to feed their heroin habits!  Everyone is awful.  Funny, but I saw the opposite.  There was one bad person out there that did this awful deed, but there were a lot of good people working to fix it.  People donated time, money and equipment.  Even the people who didn’t cared.

My double smile was about letting someone else’s smile influence me to be silly and feel good about it, and about those people who care enough to help someone up after a bad person knocked them down.

What made you smile?

Come on, I’m sure you smiled at least once last week.  Why don’t you share it?  I hope you can join in!

Here is list of “rules” and guiding ideas.  If you don’t have time to read it right now, just remember that this is an exercise to spread positivity.  Don’t smile about the misfortune of others.  Don’t smile in a way to excludes others.  Make sure a 12 year old can read it.

And remember, the Smile can be anything, large or small.  Nothing, nothing at all is too small for a Smile!  Sometimes taking time to notice those small, every day smiles is more important than those once in a lifetime huge ones :)

To join in, write a post to share your smile and then leave a comment on this post with a link to your smile.  Or, if you prefer, do a pingback to this post (pingback = have a link from your post to this one).   You can post any time until next Sunday evening (to be simple, I will say midnight GMT, which is 7 PM Sunday for me).   Next week I will compile all of the Smiles and do a separate post of them on Monday morning just before the smile.  (I will shoot for around 7 AM EST).

Try to use the hashtag #WeeklySmile when you use Twitter or other social media that uses hashtags. I searched Twitter and found that #weeklysmile had been used only a handful of times back in 2012 and 2013. It hasn’t been used since. So it’s ours! I also registered it on Twubs.

You can use the graphic at the top. It is the official graphic for the event.

Now go out there and find something to smile about! :)

“There are days I go in search of the kind, compassionate, loving and beautiful. Despite what we sometimes see on the news, FB and elsewhere, there is much more beauty in the world than ugliness, much more kindness than hate or cruelty. Perhaps we should all have a goal to make at least one person smile every day.”

When I used to do a monthly compassion post, this was my theme:

Empathy is the glue that holds society together and compassion is what makes a group of people a civilization. Without holding our hands out to our fellow humans we become savages. We are all in this together, in a closed system, so we must all help each other. How lonely life must be for those selfish people who don’t realize this simple truth! How lonely for anyone who doesn’t realize that all are our brothers and sisters! How lonely must the self-righteous be!