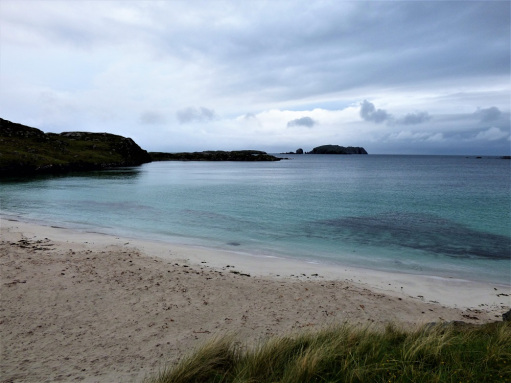 “Where do you think you’re going?”  Sean’s voice was loud, harsh.

Jan jumped into what she hoped was the local variant of Uber.

“Take me to some far away beach, someplace where I will never be found.  Ever.”

The large man turned to her.  The thought that he looked like some wild Hollywood villain crossed her mind.

He smiled.  It made her skin crawl.

It took 15 minutes for the tiny car to navigate the congested, narrow streets and leave town.

In 20 minutes the constricted, claustrophobic feelings started to dwindle.

After about 40 minutes the car stopped.  There was nothing around.  That worry struck Jan again.

“If Madam would take the path there,” the Uber driver pointed, “it is only about a kilometer to the beach.  I will be back here in three hours, but won’t wait for more than 10 minutes.  You’ll be pushing it to catch your ship as it is.”

They had wanted to get away from it all.  They had been in the rat race for too long and the rats were winning.  Jan couldn’t remember a time when she was truly alone for more than five minutes.  Even when there was noone physically close to her, the cell phone constantly was beeping, buzzing and playing songs that indicated incoming calls.  The office assumed she was available 24 by 7.

And then there was Sean.

They had tried to talk and decided that it was just the stress.  A cruise would be great.  No work calling, no demands on time.  Just the two of them and the sun.

So there they were, on an intimate vacation with 5000 of their closest friends, living elbow to elbow.  There were formal dinners and shows and workshops and classes and exercise groups and itineraries and… and… and Jan wanted to scream.  This was not getting away!

Jan wiped the sweat from her brow.  She had been walking at least 20 minutes and had already gone far more than kilometer!  Was the Uber driver playing with her?  Did she make a wrong turn?  What was going on?

If anything, her nerves were more on edge on their little vacation than when she was working.  She was never more than a foot away from Sean.  Their cabin was small, they did all of their activities together, they ate together.  She saw more of him on any given day than she normally saw in a week, maybe a month, perhaps even the last year.

“Why is this trail going uphill?” Jan said.  “Shouldn’t a beach be down?  As far as I know, they keep the beaches at the ocean, and you don’t find the ocean on a mountain top!”

She kept trudging on, not wanting to go back and admitting defeat.

The problem was, the more time she spent with Sean, the less she liked spending time with him.  In fact, it wasn’t just the time, it was him.  She didn’t like him.

There, she finally said it.  She didn’t like Sean.  She couldn’t stand Sean.

Jan reached the top of the rise and stopped.  An unspoiled turquoise spread out before her.  Without a thought, she kicked off her shoes and ran down to the beach.  At the beach she stripped down and dove into the crystal-clear water.  She swam out at an Olympian pace for a minute before turning and leisurely making her way to shore.

Back on shore, she lay in the sand, not caring if anyone saw her body or not.  Even the Uber driver’s Hollywood villain’s eyes would be more comfortable on her than Sean’s.  The way he stared at her, the possessiveness, ownership.

An inner alarm woke Jan from her reverie.  She dressed and stood looking over the water.  Her mind had been in a perfect Zen mode since she had arrived at the little beach, but watching the water her life appeared before her mind’s eye with perfect clarity.

She knew what she must do.

The Uber was waiting as promised.

“Did Madam enjoy the beach?”

“Yes, thank you very much.”

The driver smiled.  It wasn’t the smile of a villain any longer.  It held no menace, just a warmth.

“Great,” he said.  “I will take you to the cruise line office so you can cancel the rest of your trip.  I’d suggest staying here for a couple of days before working your way back on the Maria, a 40 meter sail boat with only 25 passengers.”

“Is it that obvious?”

The driver didn’t say anything, only smiled, as he drove towards town.