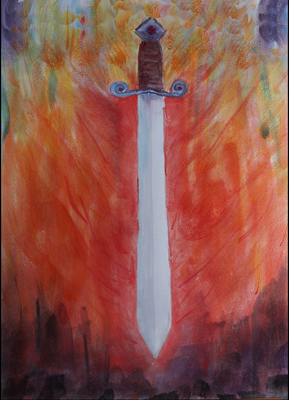 These two topics, killing off characters in your work and the amount of reality you need, can each take a half a dozen posts or more, but I was thinking about the intersection of the two.

My writing can be called “speculative fiction”: the majority is science fiction, fantasy, urban fantasy and horror.  Yeah, I’m often working with the supernatural, so how real do I need it? Of course I do put some reality in there to make it easier for the reader to connect, but every day things, like sleeping, eating and using the little boys/girls room is only put in if there is a reason.

My WIP, The Old Mill, is more on the horror end of the urban fantasy-horror spectrum. Not really a “real” genre ;)

About the time I finished my rough draft of The Old Mill, I read a blog post about killing characters in horror. Pretty much the idea was, if people aren’t dying, why would the main character, or the reader, be afraid? Of course you can ask how many people died in the scariest book I ever read, The Shining (not including looking into the past), but that book was written in the 1970s, not the twenty-teens! If you finish the book and six of your eight main characters are still alive, go back and kill four or five of them…

Maybe a little extreme, but she had a point.

Suspense and tension still have a place in horror, but modern readers expect high body counts.  If the bog monster only leaves muddy footprints on your clean carpet but doesn’t hurt anybody, how scary is that? And if the bog monster only kills “red shirts”, i.e., totally nobodies that your readers have zero attachment to, is that much scarier than having to clean the carpets every day? The reader needs to feel the main character’s pain.

I’m an Alfred Hitchcock fan, so for me suspense wins out, but perhaps I do need a higher body count, including characters that the readers know and love.

That is when I hit reality.

Let’s say a friend of the main character (MC) falls and breaks his neck. If the friend was alive, the MC would spend a lot of time in the hospital visiting, which would throw off the timeline. If the person died, the MC would go to the funeral, again throwing the established plotline out of whack. OK, I could change the timeline, but everything is dependent on things happening at a certain time. It is clockwork. And if several main characters got hit, the MC would spend all of his time in the hospital or at funerals and the story would come to a screeching halt. 90% of the book would be hospital visits and descriptions of the interior of various funeral parlors. I could write a scary story based on that, but it would be a very different story!

Of course I could skip the visits. The reader then would wonder. The reason the MC is the MC and in the position he is in is because of his deep empathy. It would be totally out of character if he didn’t spend all of his time with the bereaved relatives or whatever.

So, are hospital visits like bathroom visits? We assume they happen but they aren’t written about. Naw.

And, of course, as authors we grow to like our characters. No, no, I can’t kill him or her! It would be like killing my own best friend! Yeah, I know, we need to get over that….

I did solve the issue in this book in a way that I hope works with the readers, but it is still a question.

So I have a couple of questions for you.

What do you think of body count in horror or urban fantasy in the late twenty-teens? Do you think having something like The Shining is still OK today? Or do we need stacks and stacks of dead people to keep a modern readers’ interest? Should we go all out and go by the rule that if the reader becomes too attached to a character, they lived too long and need to be whacked?

And what about reality? If I have a 3000 year-old curse coming back to life and walking the streets of modern NYC killing everyoen, I’ve already told you to suspend reality a bit. How far should I push it? On the other hand, people are always people….

What are your thoughts?

20 thoughts on “Killing Characters and Reality in Writing….”