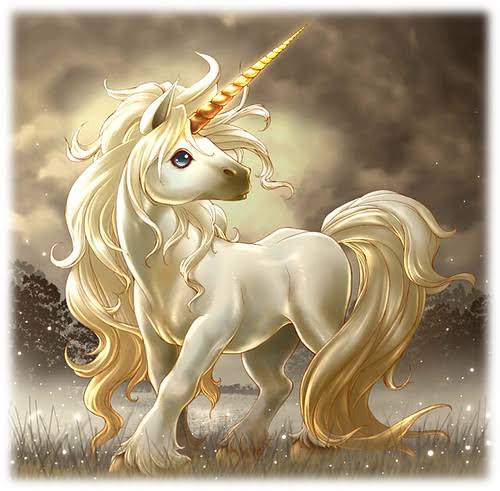 I heard the sizzle of the air inches in front of my face.  Too close!  I turned.  They were coming up the back side of the hill as well.

The entire landscape around our tiny refuge was scorched to the bare rock, life withering in front of the army of killer bots.

I turned to the Hopper.

He stared at me for a moment.  “You know, Sarge,” he said, “it takes a bit of planning to put in the proper coordinates and stuff.  Who knows where we’ll land?  Maybe in “The Day After” as the H-Bombs are going off.”

“I don’t care, just put in a random sequence, any sequence!”

The air between us filled with electric death.

Jim shook his head and mumbled, “If we bounce too close to a supernova, don’t complain to me!”

A bot came over the lip of the hill, aimed at me and…

The golden air was perfumed by honeysuckle.  A rainbow sprouted up beside Jim.

“We made the Hop!” I was almost ecstatic.

He frowned at the Hopper.  “Don’t ask me where we are…”

A shaggy, pure white unicorn ambled over and smiled.  It’s eyes were about five times too large.  A rainbow came out of its behind.

“How are you, friend?” the overly-cute being said.

A fairy flew past.  She was totally naked but had the sex appeal of an angry porcupine.

A teddy bear waddled over.

“Oooh, look at these guys,” it said.  The fairy giggled.

“We landed in a world created for 5-year-old middle-class girls!”

Already feeling nauseous from the cuteness, I yelled, “Get us out of here! Now!”

“Anywhere!” I felt as if I was about to be overcome by the adorableness of it all. I surprised an unwelcomed squeal.

The shaggy unicorn was almost in my lap when…

The air between us filled with electric death.  A bot was aiming at me.

I glanced over my shoulder.  Jim, grim faced, teeth gritted, was shooting nonstop at the advancing bot army.

My brain barley had time to recognize the fact that we had Hopped back to our original place.

“Thanks, Jim!” I yelled between shots.

“Don’t mention it,” he yelled back over the sound of explosions.  “This is so much easier to handle….”

Written for Sadje’s “What Do You See?” Challenge that she hosts over at “Keep it Alive”.  She provided the image that she found on Flicker