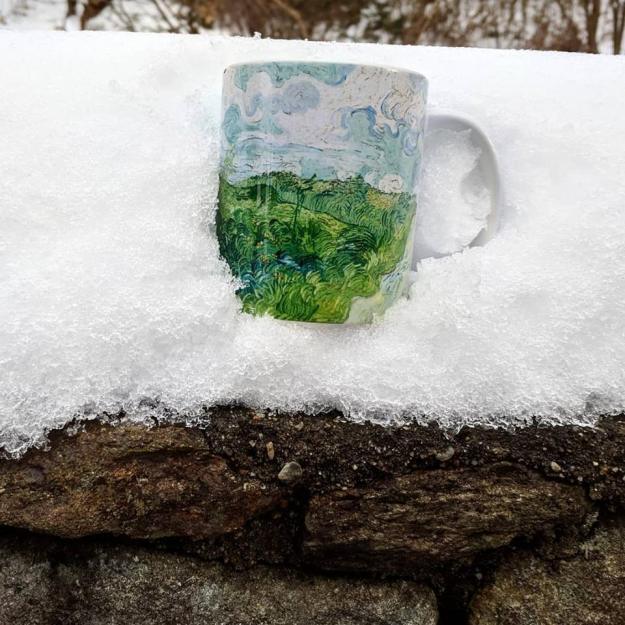 Hello and Welcome!  Come on in and I’ll get you a nice large mug of a very strong dark roast, a cuppa tea or a mug of hot cocoa.  It is cold outside, but not frigid!  A weird day, a bit grey and the air is damp.  It will rain later.  It was frigid earlier this week, but this weekend is more early March than late January (late March in NH is still deep winter!)  And where are we.  Drat, I told you already, but if you missed it and didn’t recognize the photo at the top, you know I am in New Hampshire this weekend.

It was a busy week, but one that I don’t really remember!  There was work, and work was busy, but routine.  Also, I had Monday off to celebrate Martin Luther King.  Oh, and I did go into the office on Tuesday, which I don’t do often,preferring to telework when I can.

Remember last week when I said I was inspired and wrote and posted five stories?  Well, I wasn’t inspired this week – I did my smile posts and one other (a story).  That’s it.

I tried to get back into WIP, which I dropped back in October.  I just couldn’t do it.  I did, however, spend a lot of time in Photoshop cleaning up the cover.  I will most likely do a cover reveal soon, even though I won’t have a book to go with it if I don’t get out of this funk and start writing again!

Besides that, it was thew normal.  Walking, walking the dogs, running, exercising, playing music (with my fingers – I guess I should say “playing my keyboards”), cooking (besides normal, every day, I made a huge pot of vegan chili – I spend a lot of time, slicing, dicing, sauté-ing, soaking beans, etc.), reading and, well, living :)

Despite the oddness of the weather, I do have to get outside before the rain comes!  Thanks for stopping by.  If you have a coffee share, I’ll try to visit.