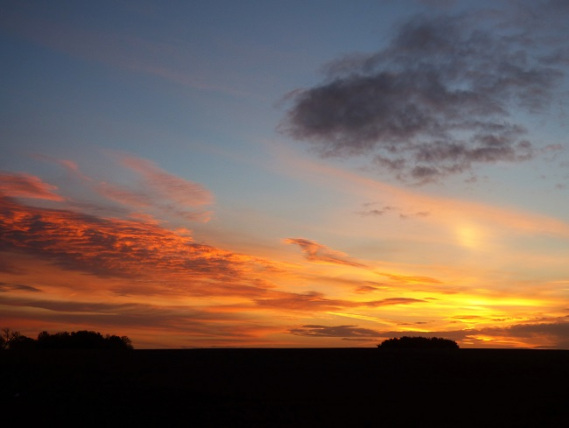 Why is it always 3 AM?  Why not midnight, when it was easy to drift back to sleep?  Or 5 AM, when it didn’t matter since the night was already old?

Bev rolled over and closed her eyes.  After a long time she opened them and stared at the wall.

She flopped onto her back and studied at the ceiling in great detail for hours.

Back to the clock.

She went back to the staring at the ceiling position.

Work was awful. Matt, her boss, nitpicked everything she did.  It was never right, there was always something.

Worse, he made it obvious that he wanted to sleep with her.

No, he never said anything nor did anything too obvious.  Sexual harassment was frowned upon in the organization and there were lines even Matt wouldn’t cross, knowing his job was on the line.

And yet he made it obvious.

She rolled over, trying to drive Matt’s stares and hints out of her mind.

But then Becca came up.

School was a real hardship for her.  She didn’t fit in.  Nothing was going right.  The kids picked on her and her grades were heading down.  The teacher, of course, blamed it all on her.  100%.

Bev rolled over to stare at the wall.

Was she going to be able to cover the mortgage this month?  Dirk hadn’t paid alimony or child support in months.  He seemed to have dropped off of the face of the Earth.  What he was supposed to pay was little enough and she didn’t live extravagantly, that was for sure, but it was enough to keep her head above water. Barely.  When he made the payment.

The night grew deeper and darker as the troubles piled up higher and higher.  It began to grow stifling.

It was too much.  Bev got up and got dressed.  She peeked into Becca’s room.  Sound asleep.  Good.

Bev slipped from the house and let the door whisper shut behind her.

She hadn’t looked at the clock for ages.  Had ten minutes passed and it was still only a quarter after three or had hours gone by?

The sky began to brighten, as if in answer to her question.

She walked out into the fields, away from the houses, away from her troubles, her mind blank in a zen-like trance.

The glow grew from just a faint bit of less black sky to a little real color.

Perhaps there were other things she could do.

Meg, her second level manager, had always liked her and helped.  Perhaps there was a way she could be moved to another section.  In fact, didn’t Meg just last week tell her to come see her anytime anything bothered her? The door was always open.  And Jim, Meg’s boss, was wonderful too.

Becca.  What about Becca? She wasn’t that fragile and she did have friends.  Becca’s “BFF”, Abby, was a rock.  In a good way.  Bev had planned on having lunch with Abby’s mother on Saturday.  They’d discuss it and figure something out.

One by one the problems melted away as the bright sunlight slowly lit the clouds on fire.

Bev came to a sudden stop and let her mind go blank as she drank in the beauty of the daybreak.

She nodded to herself and turned towards home.

It was the dawning of a new day.

This was written for Sue Vincent’s writephoto challenge.  The lovely photo at the top of the page was provided by Sue for the challenge, as was the keyword “Daybreak“.