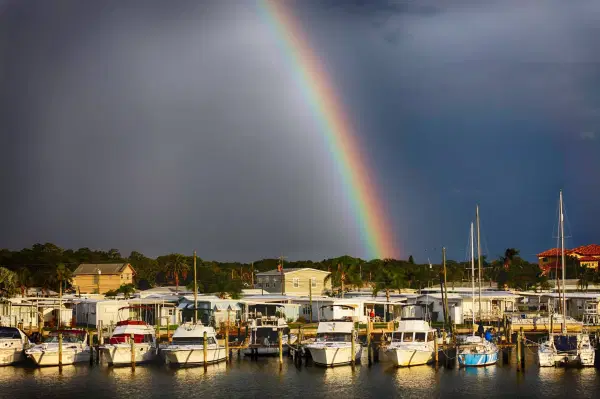 They were never the smartest crew around, that’s for sure.

The reports were awful: gale warning, the possibility of a major typhoon.

As harbor master, I felt obliged to try to stop them.

“Look, I have five paying passengers. I’m a poor man.  I know the waters like the back of my hand.”

I had to let her go.

It was a bad storm, perhaps the worst to hit the islands in a decade.

The water is calm again, and Noah’s rainbow is up there telling us it is over.

But I’m afraid to say that the Minnow was lost.

No, I don’t think you could reason with the Minnow’s captain, popularly know as just plain “The Skipper”, nor his first mate, uhm, let’s see, his name begins with the letter “G” ;)

Friday Fictioneers is hosted by Rochelle Wisoff-Fields.  This week’s prompt is here and uses a photo © Jeff Arnold. Read more or join in by following the InLinkz “linky“.

51 thoughts on “The Three Hour Tour”