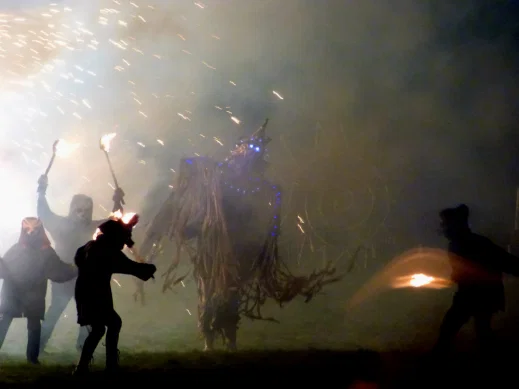 Hal scanned the items Toby had brought in.

“No, no, these won’t do at all.  I gave you very specific instructions.  Please try again.”

Hal shook his head.  The spare parts were becoming scarce, harder and harder to find.  Someday there would be nothing left to scavenge.  Worse, nobody wanted to learn the ancient craft.  Toby was his twelfth apprentice in 22 years.  All of them before had left for more lucrative positions.

And each and every one was better on their worst days than that idiot Toby was on his best day.

Did it even matter?

Hal was just a small child when the collapse had come and the old world came crashing to its end.

His father had taught him the craft, at first to try to keep a semblance of what he called “civilization” running, later in hopes that the old world could be recreated.

After his father was gone, Hal kept at it, mostly because he was the only one who still understood the old world.

He shook his head and sorted through Toby’s latest finds.  There were a few good components, but it was mostly just trash.  What was he supposed to do with small shards of rotted circuit boards and blown out ICs? Not even a penny resister in the lot.

He pushed it all into a bin then walked stiff legged to the other side of his workshop.

Tomorrow was the big ceremony.  It was one of the few times when the old world was remembered. Everyone in the surrounding area would be there and expect a show.

Hal need to get his props together, make sure they were all in working order, even if they would just be destroyed again.  He would have another year to get them working again.

After checking some circuits, Hal flicked a switch.

The “creature” stood, looking more like a walking pile of vines and twigs than the drone soldier it was supposed to represent.

Only the cold, glowing “eyes” gave it away.

Hal played with the remote.

The automated “brush pile” moved towards him.

He spun around to see an ashen faced Toby at the door, bits of decayed electronics scattered around his feet, obviously dropped in his terror.

Hal smiled.  It was primitive, but this automat would be perfect for their little passion play about the final destruction of the bot army and the society that had created it.

This was written for Sue Vincent’s writephoto challenge.  The photo at the top was provided by Sue as well as the key word, “Eve“.

For some reason when I saw the word “Eve”, I thought of the song “Eve of Destruction“.  And seeing that giant with glowing blue eyes, this is where we arrived.

27 thoughts on “The Eve of Destruction #writephoto”