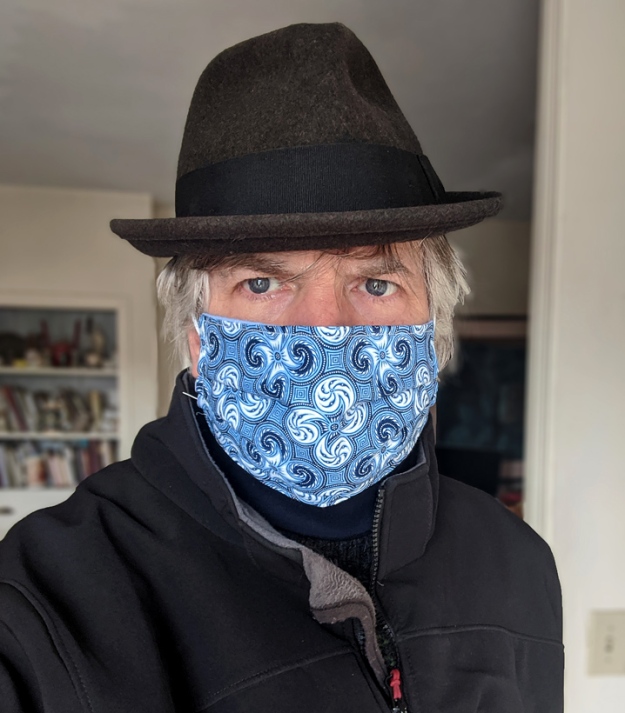 While breezing through Facebook a couple of days ago I saw the meme again.  The top picture showed soldier storming Omaha Beach and was labeled “Americans, 1944”.  The bottom picture was mask-wearing man, cowering behind a couch.  His eyes are round with fright.  This one was labeled, “Americans, 2020”.  I didn’t spend much time on the comments, but the general idea was how much they hated the “snowflakes” for their fear-mongering over the “Communist Cold” in their transparent hopes to defeat Trump in the presidential election.

This is actually one of the milder ones I’ve seen, but for some reason it touched a nerve.

First, over 140,000 Americans have died of what they call “The Chinese Cold” or “The Communist Cold” in the last six months. It hasn’t just been sick, old people, it has been healthy people, young people, children, marathon runners and pretty much any and every demographic imaginable.  So far there is no way for us to tell who will have bad symptoms and who will die.  And a lot of these 140,000 deaths might have been avoided if there was strong leadership in the US.

The second thing is that mask wearing people aren’t afraid and cowering.  Masks give a little protection against the virus, but the biggest thing a mask does is help someone who has it from spreading it farther.  So we wear masks not from fear, but out of compassion.

OK, a third thing – One of the big issues that we face as numbers rise is that hospitals can become overwhelmed.  When that happens, people start dying.  It occurred in New York City early, and the hospitals in Florida and Texas are now nearing capacity.  Unless something changes soon, we might see the scenario of NYC in the spring happen all over again in several other states. And as they say, an ounce of prevention…

A few details about Covid-19.  There is a long list of possible symptoms, from the typical flu-like symptoms of fever and a cough to more dramatic ones.  Loss of smell.  Skin issues. Heart issues. Organ failure.  Brain damage, cognitive issues and confusion.  Eye problems. Diarrhea. A person can seem normal one minute, and then have severe symptoms the next, including falling asleep and nobody is able to wake them. Some people, including young healthy people, have had strokes.

We do not know the long-term effects of Covid-19 yet. There has been some indication that it isn’t over when it is over, but may come back again.  And think of this: there are some viruses that stay with you for life.  If you had chickenpox as a child, you might get shingles as an adult (same virus).  Ever hear the term, “Herpes is forever”?  Herpes is a virus, as is HIV that causes AIDS.  Will someone who has Covid-19 today suddenly come up with some odd symptoms in 20 years?  Maybe not, but it can’t be ruled out.

So, it can be bad, and the more people have it, the worse it is, since it can easily overwhelm our healthcare system.  Trying to prevent the spread, keep as many people well and avoid as many deaths as possible is not hiding behind a couch, wide-eyed and scared silly, it is common sense.  When a hurricane is coming, we put boards over the windows and move to higher ground.  As with any preparation, preparing for the Covid-19 can work.

Have you looked at the numbers for most mainland European countries lately?  Even some of the early hot-spots have gone down to next to nothing.  Yesterday France had zero (0!) reported new cases.  Italy, which was hit hard early, has been hovering around 200 per day for a while.  The US?  About 60,000. OK, it has flared up in Spain again recently, but for the most part Europe has it under control, particularly when compared to the US.

Why is there such a big difference between here and there?

Because we in the US have made it a political issue, not a health emergency.

To be fair, it is a very one-sided political issue, and it begins and ends with Donald Trump.

OK, OK, I hate to name names, at least politically, in my blog.  I avoid it at all costs, unless I am saying something good about politicians on both sides of the aisle, as I recently did with George W Bush and Barack Obama.  But this is a case where names have to be named.

From the beginning he has denied the seriousness of the pandemic, belittled those who were trying to inform America about and has spread misinformation.  He actively blocked early assistance, to many states when they needed it most.  He has been on the attack from the beginning, not against the virus, but against those who were trying to stop its spread.  He even went so far as to cheer the assault-weapon carrying people who stormed the statehouse in Michigan.

And many in the Republican party have followed.

Not all, and some have stood out to try to solve the issue.  Ohio’s governor made a few good moves early, though it seems to have back-slid quite a bit since then.  People in his administration have contradicted him, including over the last week when he said that the Surgeon General (that he appointed) was against masks, while at almost the same time the Surgeon General, Jerome Adams, begged Fox News watchers to take the virus seriously and wear a mask.

And then there was the Chris Wallace interview on Fox News.  I read an opinion piece on CNN calling Chris Wallace one of the best journalists in the business today – not bad coming from the competition.  Chris Wallace often fact checked the president in real time.  Not that the president backed down, but I hope it opened some people’s eyes.

At the end of the interview, he still seemed to insist that he understood it better than any of the experts.

And the rank and file voters are still behind him, or more like where he was two months ago.  Every day I see attacks on the WHO, CDC and, the biggest devil, Dr. Fauci. And, of course, tons of memes about the virus being a political hoax created by the Democrats.

Which brings us back to the opening of this post.

Yes, let’s compare today to WW2. Think of all of the sacrifices that normal Americans made to combat the enemy.  The things they had to give up.  Everyone in the country put their lives on hold for four years as the soldiers fought and died.

We face an enemy that still may kill more Americans than the ones we faced in that great war unless we fight!

How do we fight?  And what sacrifices do we need to make? Listen to the experts, like doctors, nurses and immunologist.  Practice social distancing.  Only go out in large groups/gatherings when absolutely necessary.  Avoid crowded, indoor situations.  Wash your hands.  And wear a mask.  When compared to what your grandparents put up during WW2, is this really so hard?  Really? It is?

Be brave!  Chin up!  Fight by listening to the experts, like doctors, nurses and immunologist and we will win!

I hate, hate that we live in a world were a pandemic has become such a political touchstone, where experts are considered traitors and were reality stars are considered the best source of information, but it is the world we live in.  Stay safe.

Here, for something lighter, watch this:

(Click here if you don’t see the video below)

34 thoughts on “A Pandemic is not Political!”