I started my exploration of digital photography with an Olympus 2020.  Yes, a whopping 2 megapixals!  It was a great camera, but I soon moved onto a pseudo-DSLR, the Olympus E-10.

The E-10 had the prism, shutter, etc. of an SLR but worked a little different.  One thing it did is “split” the light beam between the eyepiece and the sensor, so the light was actually reduced.  Not good back in the day when ISO 320 was considered a high ISO shot!. ISO 320?  Yes, because of the reduced light hitting the sensor, the E-10 used ISO 80 as its base, then ISO 160 and ISO 320.  In other words, the E-10 was a great good weather camera! END_OF_DOCUMENT_TOKEN_TO_BE_REPLACED

Years ago my brother and I went for a hike out at the Delaware Water Gap.  If you don’t know where that is, just take 80 out of NYC and drive a couple of hours.  When you are almost in Pennsylvania you’ll notice that the terrain has become pretty rugged.  Soon steep hills seem to enclose the highway.  Just before you reach the bridge across the Delaware River into Pennsylvania there is some nice hiking with parking not too far off of the highway.  It is pretty country, as rough as you get that close to the city.

We had only been hiking for a short time when we came upon an improvised camp site.  This was one of the first flat areas that we had come to and, despite the fact that you weren’t supposed to camp, there was a tent.  A man and a woman, appearing to be in their early twenties, emerged from the tent.  They looked a little worse for wear and I doubt if they had a decent shower or change of clothes in days.  Something about them didn’t look like outdoorsy type people. END_OF_DOCUMENT_TOKEN_TO_BE_REPLACED

The summer before my senior year of high school was very interesting.  Besides the typical summer stuff I usually did and my group of friends I hung out with, I sometimes did things with my sister and her friends.  This was a small group of 21 year olds who were all back in town for the summer or who still lived in town.  Of course 21 is and was the legal age for alcohol, so some of their activities included going out to clubs, mostly in some of the larger towns. END_OF_DOCUMENT_TOKEN_TO_BE_REPLACED

On Monday I hinted that there were further stories involving Secretary Kerry, the Secret Service and big name politicians.  Yes, there are.  First, a little background.

I live in New Hampshire.  Anyone who has paid attention to US presidential politics may know that this means that anyone hoping to become the President of the United States spends a lot of time in my state.  In various events, house parties, fund raisers, open speeches and rallies I have seen Congresspeople, sitting Senators, former Senators, future Senators, Governors (past present and future), cabinet members (past, present and future) and Presidents (former, present and future).  I’ve shaken many hands and have stood inches away from a Senator giving a speech (I tried to hide in a corner and he came and stood next to me; I’m not sure why…).  So seeing high level politicians and the Secret Service is a normal part of NH life.  I also once saw, during his brief retirement, Secretary Kerry speak  to a small gathering on Nantucket.  I think the topic was the environment.

But today’s story is a little different. END_OF_DOCUMENT_TOKEN_TO_BE_REPLACED

When I was freshly out of college, or actually about a year out, I went to Oklahoma to go through a ten week screen process on my way to become an Air Traffic Controller.  Well, a few years down the road I made a career change and ended up in IT, but in many ways I consider it the start of my adult life.

There are so many stories about that summer, some good and some bad.  I learned many life lessons and found out a lot about myself.  I had lived on my own for a while so that wasn’t it.  There was more. END_OF_DOCUMENT_TOKEN_TO_BE_REPLACED 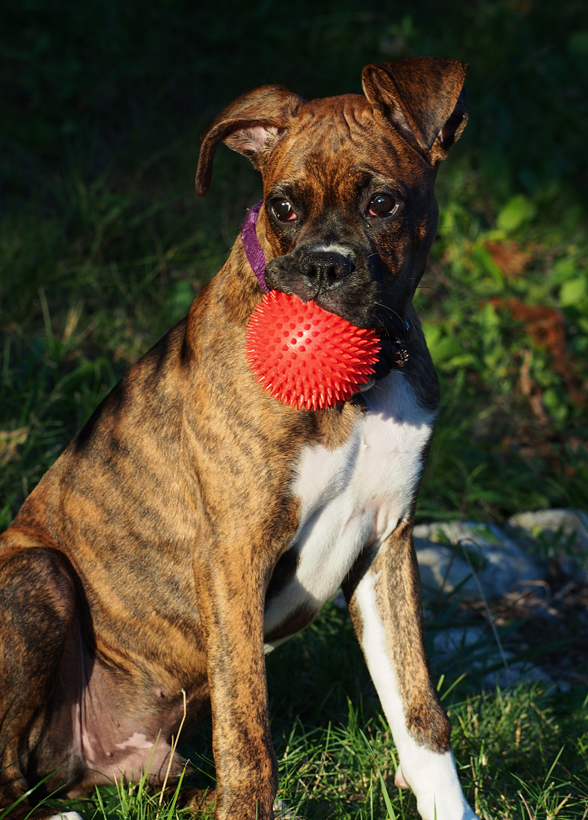 Some people think anything more than a few months old is ripe enough for a Throwback Thursday post.  Those of you who have seen my posts know I usually go back decades.  Oh well, the price of age ;)  Today is different, I’m going to go back almost exactly 2 years.  The picture at the top of the page was taken on the 8th of August, 2014.

Notice the red ball?  Little Fiyero, somewhere around 4 months old in that picture, loved that ball.  It was his favorite toy and he constantly wanted to play.  He’d push it against my leg and growl, letting me know he wanted me to try to steal it, and once taken, throw it.  This could happen any time of day or night.  He loved it. END_OF_DOCUMENT_TOKEN_TO_BE_REPLACED

The picture has nothing to do with the story except a storm coming across Lake Erie….

We were gathered outside on a warm early August evening waiting for the show to begin.  August!  It was just so weird to my young brain to be waiting for fireworks in August.  The Fourth of July seemed a million years away, lost in some foggy past, so why were we having Fourth of July fireworks?

People all up and down lake Erie still talk about the Fourth of July Storm of ’69.  Many of the lakefront towns sustained major damage.  42 people died and over a quarter of a million were without power.  There were sustained winds of over 100 mph.  The flooding and devastation were unimaginable.

I was with my brother and some friends in the schoolyard just a short distance from our house on that fateful National Holiday.  We had climbed onto the backstop of the baseball diamond (well, the big kids did, I tried) to get a better view of the expected fireworks.  And fireworks arrived – lightning rained down on the town creating great sparks as transformers, trees and houses were hit.

The run home against the wind was the scariest time of my young life.  There were times I felt I couldn’t move, like I was being blown backwards by that 100 mph wind.  Yes, at five I was pretty light and perhaps I could have been blown away.  Back home we stayed inside and watched the lightning dance and the trees fall.

A million years later, on that warm August evening, we were waiting for those long delayed fireworks to begin.  Just as it was beginning to get dark a fireball appeared overhead.  It streaked across the sky seeming to follow the curvature of the Earth before it disappeared out of site.  The few people there clapped and whistled.  What a great start of the show!  But it wasn’t.  More people arrived and finally, 15 minutes later, the real firework show began.  I assumed it was something special the town did to try to make up for the long delay.  It wasn’t until I was older that I realized that it was impossible – no fireworks exist that loos anything like the fireball.

As an adult I always assumed it was just a dream.  I have strange memories from my early childhood that I know aren’t really true, just misinterpretations based on suggestions and my imagination as much as fact.  But this seemed so different since it was etched so clearly in my mind.

It was perhaps 40 years after the events when I was with my brother and we were chatting about asteroids, meteors and such hitting the Earth.  I asked if he remembered the “Fourth of July” fireball, which was actually in August.  He then described it exactly as I remembered it.  It was etched in his seven year old mind as strongly as it was in my five year old mind, only he was old enough to know it wasn’t part of the fireworks display.  It was real, it did happen.

What was it?  I’ve searched for reports of one that night, but have always come up zip.  Still, I guess it was a big meteor or fireball.  All I know is that I’ve never seen anything like it since.

This is actually a double throwback event!  The very long snippet below was written in early 2010, so it’s six years old.  It was the start of a childhood memory about Swift’s Hollow, aka Gore Orphanage.  I’ve written about Gore Orphanage in the past and wrote a short story based on the legends.  As I said in the one post, it was a major part of my youth.  I had planned on a major rewrite of this little snippet, but I think it’s fun to look at it as I wrote it over six years ago, totally unedited.

It was a hot day.  Not the crisp, sparkling heat of July that makes you want to go out and enjoy yourself after the disappointment of the typical cool and bland Ohio Spring.  No, this was the dull, moist heat that only comes in August.  A dog-lazy heat.  In my child’s mind I always thought of the dog days of August as the days so hot and humid that nobody with any sense, not even a dog, would willingly go out.

Of course nobody ever accused an 11 year old boy of having any sense. END_OF_DOCUMENT_TOKEN_TO_BE_REPLACED

We got our first dog/Boxer, Brady, just a few months after we got our first kayak.  Needless to say, the two went together.  There were few times when we used the kayak together that Brady was not a passenger.  Brady loved being with us but did not love the kayak and made this known by trying to climb into my lap or jump overboard when it got rough.  Sometimes he had all four paws on the edge!  Of course it wasn’t always easy dragging the 90 lb Boxer (100% muscle) out of the water when he was most prone to fall in, that is when it was very rough.

Elliot did better in the kayak, though he would occasionally get very clingy.  A few times I tried to go out solo only to have Elliot swim out to me.  We also went double while someone else was watching him only to have him escape and swim after us – we were already over a half a mile away!  (Away = off shore) END_OF_DOCUMENT_TOKEN_TO_BE_REPLACED

How old are you?  Do you remember a time when people didn’t carry a phone with them everywhere they went?  Remember when the idea of a shoe phone was hilarious?  No?  Here are a few random memories about cellphones in the past.

In the 1980s I had a roommate who sold cellphones for a while.  I knew “mobile phone”, but this was the first time I had heard the term “cell phone”.  These phones were huge.  Most of the time they were built into cars, which had these funky antennae on the roof, but phones my roommate sold were in a briefcase.  There were only limited “cells”, so the phones were pretty much useless outside of the city where service was purchased. END_OF_DOCUMENT_TOKEN_TO_BE_REPLACED