Hal scanned the items Toby had brought in.

“No, no, these won’t do at all.  I gave you very specific instructions.  Please try again.”

Hal shook his head.  The spare parts were becoming scarce, harder and harder to find.  Someday there would be nothing left to scavenge.  Worse, nobody wanted to learn the ancient craft.  Toby was his twelfth apprentice in 22 years.  All of them before had left for more lucrative positions.

And each and every one was better on their worst days than that idiot Toby was on his best day.

Did it even matter? END_OF_DOCUMENT_TOKEN_TO_BE_REPLACED 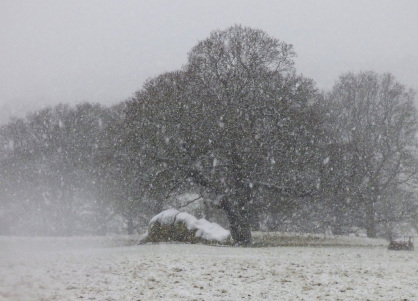 The day dawned empty and grey, the air moist with a spine-tingling chill that spoke of snow to come. Not a twig in the bare tree stirred in the stillness that encapsulated the morning, nor was there even the usual chatter of birds.  If the puffs of the girls’ breath didn’t slowly drift away, it could have been a picture, though the field’s image was still alive and etched into their minds.

“It’s peaceful, isn’t it?” Marge looked up at her older sister. Sable nodded, eyes not leaving the tree, the sole interruption of the flat field, the only thing that had any detail in the light fog.

The day before wasn’t so peaceful.  The field was full of people, people talking, people shoving, and people with angry voices.  Marge hadn’t seen such a crowd since the Days Before. END_OF_DOCUMENT_TOKEN_TO_BE_REPLACED 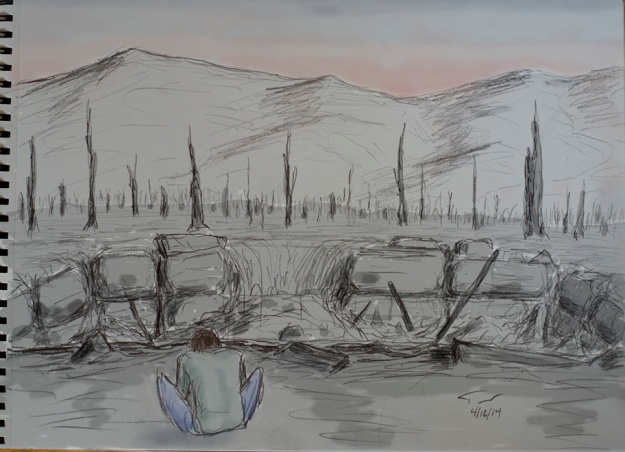 I thought I saw Vick today.  It would be so strange if really was him.  I’d like to talk to Vick, ask him what he thinks now.  A lot has changed in the three years since I last saw him.

Only three years?  Really, that’s all it was?  It just seems a life time ago.  I have become set in my routines, as we all have.  It’s just, well, it’s hard to imagine what the world was like back then.  After I saw the man I thought was Vick, I did think about it and remembered that conversation.  Or perhaps it was a lecture.  Maybe a sermon.  Hell, Vick was pretty charismatic and could have drawn a crowd if he were reading a dictionary.

We were in the little pub where the locals all met.  And there was Vick, shooting his mouth off, as usual.  But this time, the looks in people’s eyes were very different.

“It isn’t so bad, you know,” Vick said.  “In fact, it is for the best.  You’ll see.  When all is said and done, this will end up being a good thing.  We’ll see a much better, fairer world.  Hell, I guess I said that wrong, because few if any of us will see the benefits, but our kids and grandkids will.”

There was a silence.  Ted had turned down the TV so everyone could hear Vick.  As usual for this time of day, the news had spouted off the grim statistics and the dire warnings.  They paraded experts through and they all predicted gloom and doom.  What did Vick know that they didn’t? END_OF_DOCUMENT_TOKEN_TO_BE_REPLACED

From the outside the building appeared amazingly intact.  Jish and Flav hid in the rubble as lookouts, guns at the ready.

Morque knocked the door down with his massive shoulder.  I stormed in, releasing a protective bolt.

It was no good, the building had long ago been ransacked and burnt out.

Poking through the wreckage, just in case, I heard a weapon discharge outside.  It was followed by a barrage of concentrated high energy particle beam weapons.

A Goony patrol had struck.  I knew my people.  The dilapidated restaurant was a strike out, but we’d have fresh meat for diner.

The whole tent shook in the wind, rattling you out of your sleep. Noticing the hint of red in the air filter at the front of the tent you murmured to yourself, “Great, looks like it’s going to be another red day.” END_OF_DOCUMENT_TOKEN_TO_BE_REPLACED