Trey was six, very unsteady with his paddling, the canoe out of control in the wind, his older brother, Jim, shouting at him. It was his first year at the lake staying in the small cabin where his dad had vacationed since he was a kid. It had been a little fishing get away for his dad and one of his friends. Two years ago Jim had made his first visit. This year it was his turn.

Trey was nine, reeling in a huge bass. The bass fought like the Dickens, but Trey had three years of experience now and could handle it. tell Dad, though.  Even though he had caught hundreds of fish, but his dad still had to talk him through it, cheering him on.

His dad’s voice, full of care, instructing him on catching fish and living life.

Trey was eleven, climbing a small cliff that had the best view of the lake.  It was his favorite spot in the world. This was the second year Mom had made the journey, it no longer being a “boys night out” fishing trip, but s full-fledged family vacation.

His mother’s voice, telling him the cliff was dangerous was thrown into the mix.

Trey was thirteen hidden in the deep woods, coughing on a stolen cigarette. Jim punched his arm, perhaps a little too hard.

END_OF_DOCUMENT_TOKEN_TO_BE_REPLACED 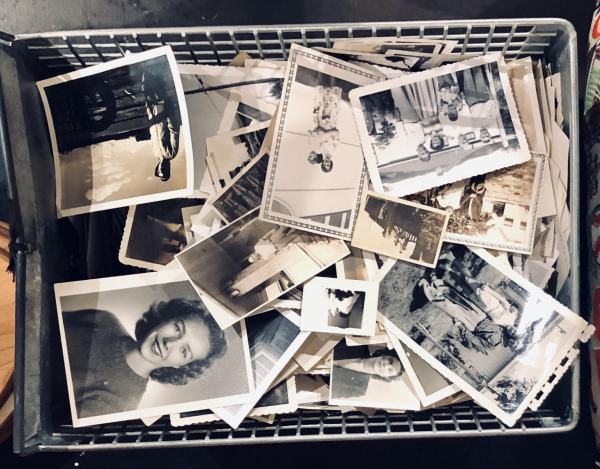 “It’s hard to imagine that I may be reduced to a basket of photos.”

Ted stopped sorting books and looked at his sister, Bella.

“What photos? When we’re gone, our Instagram accounts will be deleted and that’s it. Poof!”

Bella picked up an ancient photo of a young woman, full of life and vigor.

What had those eyes seen? The photos meant nothing and didn’t tell.

They’d each take some books and a few photos, then Clara would be gone.

Bella didn’t know her. Now she never would.

The tears were unlooked for.

Friday Fictioneers is hosted by Rochelle Wisoff-Fields.  This week’s prompt is here and uses a photo © Ted Strutz.  Read more or join in by following the InLinkz “linky“. 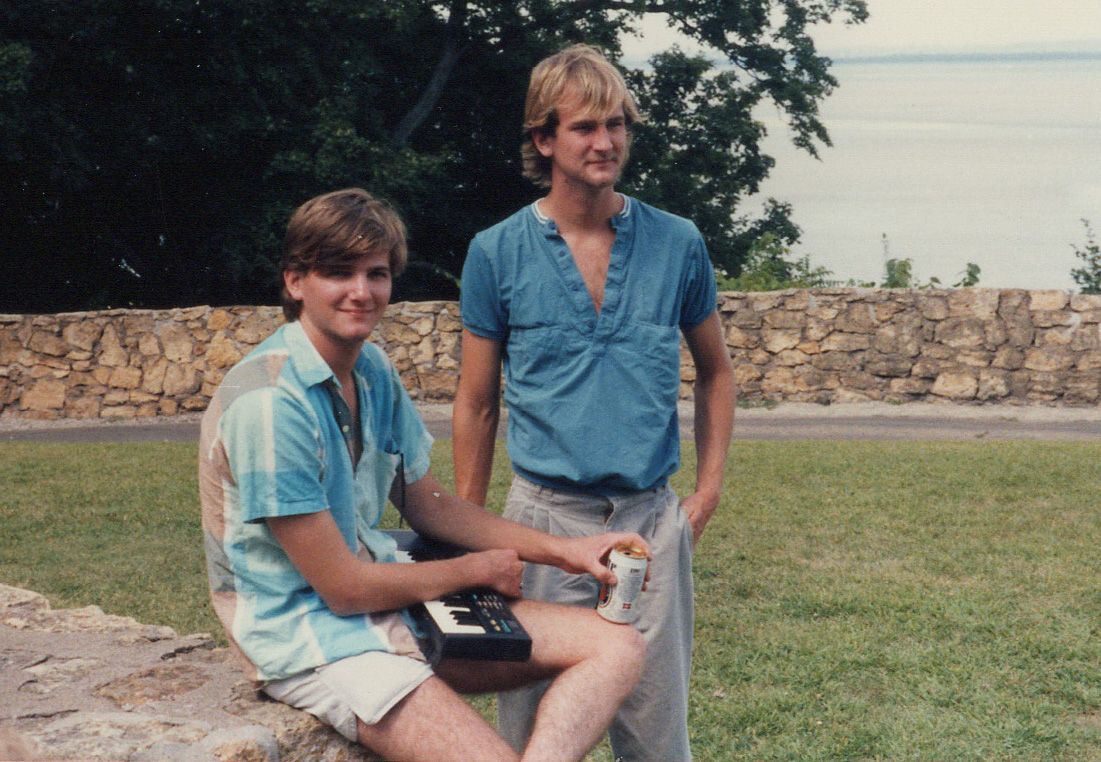 Expectations, or when drunken girls turn nerds into heroes….

I was reading a post by Lisa on “Zen and Pi” when an ancient memory came back, one I haven’t thought of, mostly likely since it happened all of those years ago.  First, I want to say that I don’t want to downplay her (Lisa’s) serious post with this bit of silliness, but there was something in there that brought this up.

One weekend night during my Senior year of college, one of my roommates and I went out drinking.  This was Ohio State, so this was a very big past-time 😉 All of the nightclubs were off of the southeast corner, while we lived off of the northeast corner of campus.  This is a huge campus…

We were both Introverts.  I don’t know about other college age Introverts, but back then I often had trouble going to clubs, though I did it all of the time.  The sensory overload makes my brain turn off.  I see all of the excitement around me and want to join, but don’t know where to start.  Back then it too often ended up with one or two too many beers.  No, I wouldn’t get sick or falling down drunk or anything like that (not often), but I might be a little more than just slightly tipsy. END_OF_DOCUMENT_TOKEN_TO_BE_REPLACED

I’m sure you’ve all seen the Song-Challenge, Song-of–the-day, Music-that-means-something-to-you- challenge or some combination/variation of those ideas floating around lately.  Anyway, Sue Vincent gave me the challenge.  So, to paraphrase Frank Sinatra, I’m going to do it my way.

Here is the basic idea (which I’ll semi-ignore):

Post a song a day for five consecutive days. (will do, well album, not song)
Post what the lyrics mean to you.  (Optional) (nope – instrumental)
Post the name of the song and a video. (will do – a song from the album)
Nominate 1 or 2 bloggers each day of the challenge. (Well…, All of you)

END_OF_DOCUMENT_TOKEN_TO_BE_REPLACED

I wrote a story for Solveig to use in her advent calendar. Check it out! While you are there, look at the other marvelous contributions by other bloggers! As with last year’s calendar, this has been a fantastic community event showcasing some of the best of WP.

The Longest Day by Trent McDonald

I had been awake for quite a while, staring into the blackness in a place outside of time, when I heard my brother whisper, “You awake?”

We slowly got up and pressed up against the door.  A small sound was heard just outside the door, in the hall.  Silently and efficiently we threw on some clothes.  We didn’t bother to turn on a light, so it was dark in the bedroom.  But that didn’t matter, anything and everything was fine for this special day.

My brother cracked the door a smidgen.

“Shhhh,” my oldest sister said from across the hall.

My other sister came out of her room and tip toed down to our group.

“It’s about a quarter after six,” my oldest sister said.  “Remember last year when we got them up… 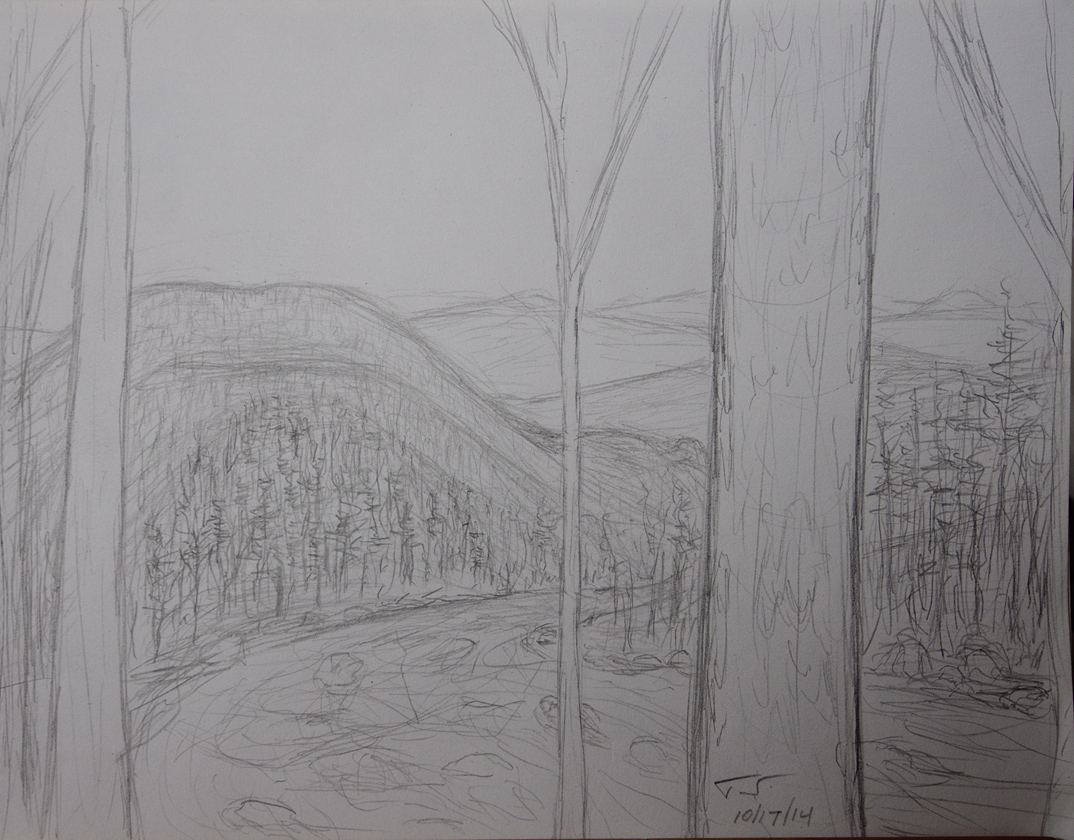 Years ago my brother and I went for a hike out at the Delaware Water Gap.  If you don’t know where that is, just take 80 out of NYC and drive a couple of hours.  When you are almost in Pennsylvania you’ll notice that the terrain has become pretty rugged.  Soon steep hills seem to enclose the highway.  Just before you reach the bridge across the Delaware River into Pennsylvania there is some nice hiking with parking not too far off of the highway.  It is pretty country, as rough as you get that close to the city.

We had only been hiking for a short time when we came upon an improvised camp site.  This was one of the first flat areas that we had come to and, despite the fact that you weren’t supposed to camp, there was a tent.  A man and a woman, appearing to be in their early twenties, emerged from the tent.  They looked a little worse for wear and I doubt if they had a decent shower or change of clothes in days.  Something about them didn’t look like outdoorsy type people. END_OF_DOCUMENT_TOKEN_TO_BE_REPLACED 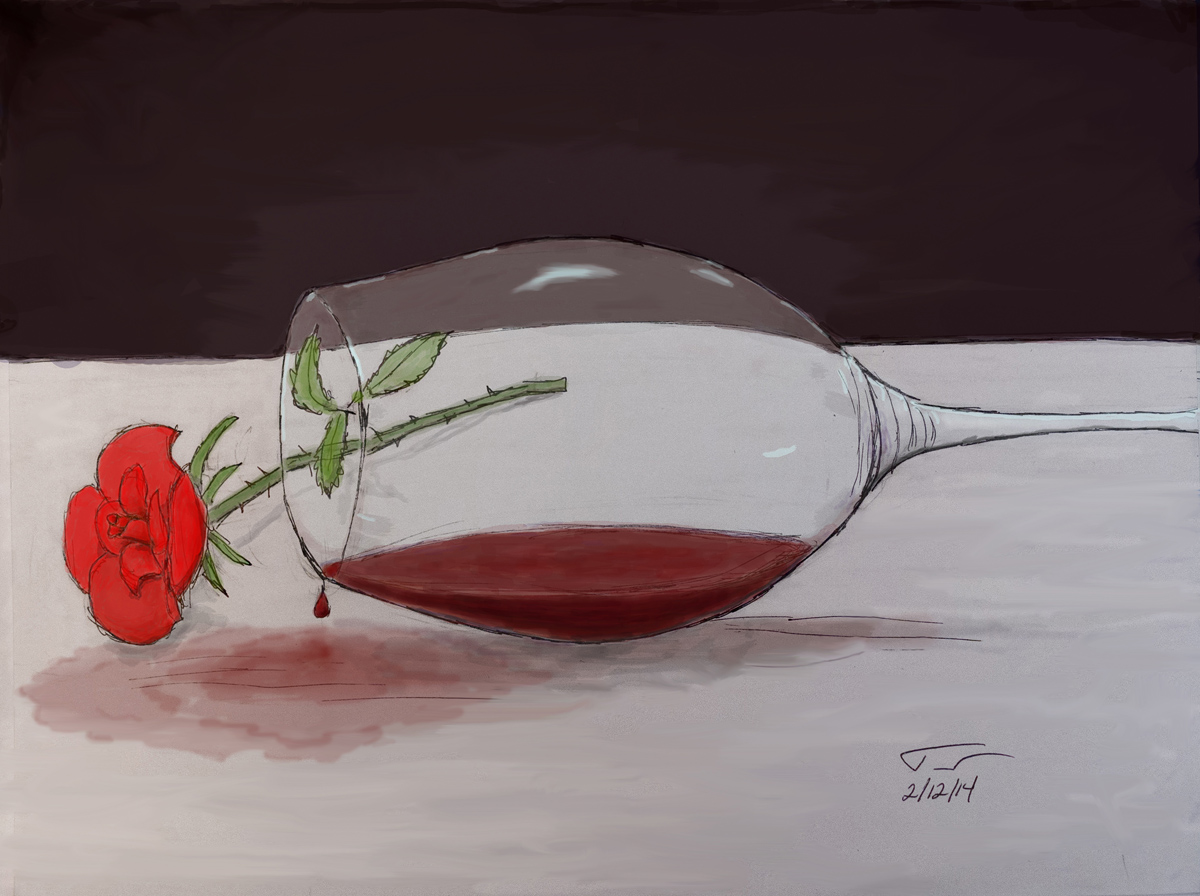 The summer before my senior year of high school was very interesting.  Besides the typical summer stuff I usually did and my group of friends I hung out with, I sometimes did things with my sister and her friends.  This was a small group of 21 year olds who were all back in town for the summer or who still lived in town.  Of course 21 is and was the legal age for alcohol, so some of their activities included going out to clubs, mostly in some of the larger towns. END_OF_DOCUMENT_TOKEN_TO_BE_REPLACED

I think I was 13 at the time.  Sure, I can do a bit of research and find out exactly how old I was, but I’ll go with 13.  Washington was filled with peanut souvenirs and some memories of the Bicentennial celebrations were to be seen.  We were exploring the Smithsonian and having a great time.  It was magical.  My brother and I helped some Soviet citizens (diplomats?) with a kiosk demonstrating that wild device of the future that would some day be called an “ATM”.

People started whispering and then yelling.  “He’s here, he’s here!”  “What is he doing here?!”  “I can’t believe he is here!”  Who?  Several years before my sister saw Robert Redford from a distance while visiting DC.  He was filming a movie called “All of the President’s Men”.  Could it be someone as famous?

END_OF_DOCUMENT_TOKEN_TO_BE_REPLACED

It was huge.  No, huge couldn’t even begin to describe the massive wooden city that had in the last year sprang up from the mild Ohio woodlands.  There were towers 125 feet tall with twists and turns.  Every so often the sound of fury and thunder arouse from the surreal forest of wood and metal.  It was unlike anything I’d seen before.

At the age of 14 I was standing at the foot of Cedar Point’s newest roller-coaster, the Gemini.  At the time it opened it was the tallest, highest, fastest, steepest and meanest roller-coaster in the world.  Later they had to change it to the tallest racing coaster, but at that time it still held the record and it was huge.  The park’s other wooden roller coasters seemed tiny in comparison.  The mild Mine Ride boarded on boring.  The Blue Streak fit the original definition of thrill ride, a seat of the pants scary ride.  You never knew if the  ride would finally come off of the tracks or if you’d fly out of the car.  But still, it was just a simple loop, not much of a ride, really, if you looked at it.  The Gemini, though, was huge and complex. END_OF_DOCUMENT_TOKEN_TO_BE_REPLACED

I was totally blown away when I first heard it.  Although I was a synth-fanatic, I had never heard sounds quite like it.  There was lush soundscapes, complex textures, shimmering glides, ethereal voices and surrealistic instruments.  Sure, there were some quirky, silly and novelty sounds mixed in, but as a kid I loved it.  More than anything I’d heard created by synthesizer, this sounded living, organic.  And yet it sounded spacey and futuristic. END_OF_DOCUMENT_TOKEN_TO_BE_REPLACED