I just posted a new video. Yeah, after several months of nothing I am doing a new one every two weeks or so… This one is in ways an extended synth solo, similar to For Her Heartbreak (see blog post here). Anyway, here is the video so you can listen while I talk about it:

(Click here if you don’t see the video below)

Similar to the recent The New Year’s Song *, I was playing with the acoustic percussion instruments, my new cajon, tambourine and cabasa. I also put in an electronic drum sound from my Prophet Rev 2. Most of the sounds on this are the Rev 2 except those percussion instruments I mentioned and the solo. I used the minimoog clone, the Behringer Poly-D for the solo.

(*Note about This compared to The New Year’s Song – TNYS is a real song with what I think is a catchy melody. This is a quick jam.)

Two of the photos of Tiberius on my mixer (one also used at top of page) are new and he is on my new mixer while the photo at the end is over a year old and he is on my old mixer. He does look more like a kitten in that old photo! And he no longer wears a collar.

I hope you enjoyed this little jam :)

In a post last week I said that I was working on a new song.  Well, I finished it over the weekend.  It started with a little part I wanted to record so that I would remember it.  From there it turned into a real pop song. Yeah, with words and everything!

A few quick comments before I turn you lose with this.  Although parts of this recording are “finished”, this is very much just a quick demo, or, if this were one of my stories, this is a rough, first draft (don’t worry – if you have read a story on my blog, it was a rough draft….).  I can hear many things I will change if I decided do this a little more seriously. And I might.

END_OF_DOCUMENT_TOKEN_TO_BE_REPLACED

I have had the Behringer Poly D analog synthesizer for a couple of months now and have done a major project, so I want to do a quick review of it.  First, as always, I need to give a quick history lesson.  Why?  The Poly D is a Minimoog clone (sort of, in a way…).

(Skip to the review if you don’t want to read all of this, or the videos at the bottom)

The Minimoog was released in 1970 and was the first synthesizer that you could pick up in a normal retail music store.  It was one of the earliest synthesizers aimed at stage musicians and was extremely popular.  Even though Moog soon had a lot of competition in the portable synth market, such as the EMS Synthi (used by Pink Floyd*) and the different Arps (used by many, including Genesis), the Mini was so huge that most people used the terms “Moog” and “Synthesizer” synonymous.  And it did find its way into pop, rock, r&b, dance, jazz and beyond through the 70s.  Even in the 80s, it was the main synth on the Thriller album and was used by most of the early Technopop bands.  In the 90s it helped create the emerging electronica and electronic dance music.

In other words, the Minimoog is one of the most iconic synthesizers of all times.

END_OF_DOCUMENT_TOKEN_TO_BE_REPLACED

One of my recent projects has been recording JS Bach’s Little Fugue in G Minor with a synthesizer. I will post the video here in case you you want to hear it but don’t want to read about it. Be aware that I did a few fumbles, but I think overall it worked well.

(Note – I replaced the original video with a newer version November 1, 2021 – below is still about the old version. Click here for info on the new)

OK, a little bit about it, then…

END_OF_DOCUMENT_TOKEN_TO_BE_REPLACED

Last weekend I was just playing around, improvising on some electronics.  I decided to make a quick recording.  The big thing is that I was using two different echoes set at different times to create a rhythm.  This created the backbone of the ditty.  I then improvised over it.  Not great, and very rough, but I like it… (hope to do a better recording later, but…)

(If you don’t see the video below, please click here) END_OF_DOCUMENT_TOKEN_TO_BE_REPLACED

I was totally blown away when I first heard it.  Although I was a synth-fanatic, I had never heard sounds quite like it.  There was lush soundscapes, complex textures, shimmering glides, ethereal voices and surrealistic instruments.  Sure, there were some quirky, silly and novelty sounds mixed in, but as a kid I loved it.  More than anything I’d heard created by synthesizer, this sounded living, organic.  And yet it sounded spacey and futuristic. END_OF_DOCUMENT_TOKEN_TO_BE_REPLACED

I’ve posted smiles that have run a large rang. There have been simple things and complex, old and new, and.. wait… that sounds like something for this weeks smile :)

I received my first music synthesizer when I graduated high school.  It was part graduation present and I paid for part of it.  The instrument was a Realistic MG-1.  That’s right, it came from Radio Shack!  That being said, the basic synthesizer was built by Moog, a company that at one time was almost synonymous with synthesizer.  Through the years I bought newer and better instruments.  The MG-1 had two ways to make sounds – the Moog analog synth, which played one note at a time.  This sound quickly became dated as the 80s progressed.  Then there was an organ tone that I almost never used.  The newer instruments had a “modern” sound and could play more than one note at a time.  As time went by the keyboard had issues and other problems cropped up.

So, my first synthesizer has spent about 2 decades in a closet. END_OF_DOCUMENT_TOKEN_TO_BE_REPLACED

OK, I’ve posted this version of the song before, but I just made a quick video.  And since my A Smile A Day post today was about making music :) All sounds were made with a Moog Minimoog Voyager and played by me.  Some winter pictures and Christmas pictures.  Enjoy!

Here is a post where I introduced the music. 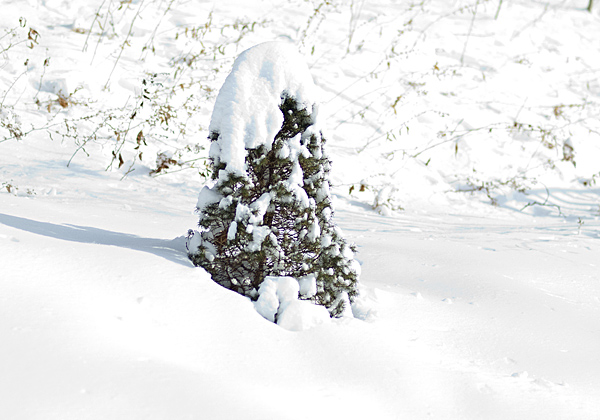 Greensleeves is my favorite Christmas song. OK, technically Greensleeves is not a Christmas song, it’s a song about somebody’s lover or a prostitute, but somebody once wrote religious lyrics to the tune and called it “What Child is This?” 90% of the time you hear the tune it is an instrumental and called Greensleeves.  So yeas, I guess I like listening to songs about illicit love at this time of year. END_OF_DOCUMENT_TOKEN_TO_BE_REPLACED

I just made a little recording for fun. Don’t take this music, called Flashback Now, too seriously. Don’t expect anything like the symphony, orchestrated art song or the piano sonata I’ve posted. Don’t even expect the twisted pop song I put up a while ago. This might remind you more of background music to a science TV show from the 1970s. END_OF_DOCUMENT_TOKEN_TO_BE_REPLACED